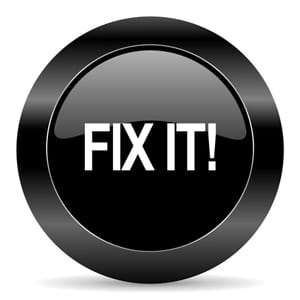 Veterans Affairs Secretary Robert McDonald has come under fire, with several calls for his resignation, following his idiotic comparison of queues in theme parks to the time veterans wait for medical appointments: “When you go to Disney, do they measure the number of hours you wait in line? What’s important is, ‘What’s your satisfaction with the experience?’ And what I would like to move to, eventually, is that kind of measure.”

His apologists attempted to downplay the remarks by recasting his point as being that private companies measure customer satisfaction differently. But, this dubious explanation makes it worse.

There are many cases of VA patients dying because they were unable to secure appointments. I daresay that a “customer” dying might negatively impact his satisfaction with the “experience.” Considering that the VA wait time scandal has been in the news for a number of years—replete with doctored official data—McDonald’s tone-deaf statement unmasks him as a big company corporate drone, who has plenty of buzz words and PowerPoint slides, but not much problem solving ability.

Indeed, hedgie manager Bill Ackman, who was instrumental in getting McDonald to resign from Procter & Gamble, noted that the consumer products giant had stopped becoming a growth company under McDonald, and instead had become “very fat and very bloated,” with falling profits. More than that, P&G was once a company that retained management personnel—McDonald himself spent his entire career there—but now was losing key executives. Some of those criticized his management style, which featured endless meetings, yet another classic big company time waster.

How well was McDonald vetted? My take is that Obama and his minions—not exactly business savvy individuals—wanted the optics of putting a “business guy” in charge of the VA, without having given the matter too much additional thought. Sadly, a significant number of today’s corporate chieftains garnered their positions through creative résumé polishing; the avoidance of making decisions; achieving superficially impressive profit gains over a limited time period before moving on; offshoring key operations; or corporate inversion.

Clearly, what is needed for the VA—if one wants a business guy—is to bring in a turnaround specialist, such as Frank Blake. Blake not only turned Home Depot around, he also has government experience with the Department of Energy. No doubt, business guys of this quality are available, but then it would take someone competent at the top to recruit them.

Which brings us to the matter of “ever rising, amazingly generous pay for top healthcare managers,” as it is referred to by healthcare reformer Roy M. Poses, MD. Poses takes no prisoners in a recent posting entitled “No Questions Asked—Journalist Parrots the Talking Points in Support of Hospital Executive Compensation.”

Poses often writes about this topic, and in the cited piece notes that anytime someone asks for justification for such compensation—even for obviously failed CEOs—the same hackneyed talking points keep appearing:

Only, as Poses and others have demonstrated, these arguments can be dismantled in many cases, whereby highly-paid healthcare execs did a terrible job, and even then, got fat golden parachutes after they were fired. Poses argues that…

“Huge executive compensation is more a function of executives’ political influence within the organization than their brilliance or the likelihood they are likely to be fickle and jump ship for even bigger pay. This influence is partially generated by their control over their institutions’ marketers, public relations flacks, and lawyers. It is partially generated by their control over the makeup of the boards of trustees who are supposed to exert governance, especially when these boards are subject to conflicts of interest and are stacked with hired managers of other organizations.”

Poses notes that “We will not make any progress reducing current healthcare dysfunction if we cannot have an honest conversation about what causes it and who profits from it.”

He’s right, of course, and that conversation goes far beyond overpaid, inept CEOs. We will revisit this issue soon.