How About a Fourth of July Celebrating Independence and Safety?

How About a Fourth of July Celebrating Independence and Safety? 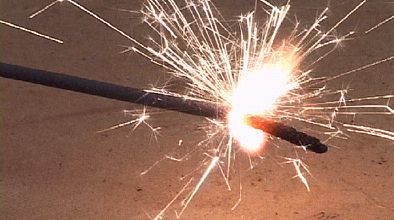 Drawing on a European tradition that dates back to the mid-14th century, fireworks have been used to mark special occasions. In fact, they became so popular in the American colonies that the definition of “special” was soon stretched to the breaking point, and in 1731 the colony of Rhode Island passed a law banning the “mischievous” use of fireworks. Still, it was John Adams himself who suggested that fireworks mark the holiday, that was first celebrated in 1777.

While we have few statistics on fireworks-related injuries from this era, the fact is that life was simply more harsh in the 18th and 19th centuries. Notions of personal safety were primitive by today’s standards, and the term “occupational hazard” was used more to explain WHY a machinist was missing fingers, rather than as an incentive to make him wary before the fact.

These days, though, we have higher expectations, which makes it all the more strange that the dangers of July 4th fireworks are often treated so casually. Indeed, it is ironic that within our highly saturated world of ad council warnings about the necessities of personal protection and respect for the environment, people do not hesitate to buy and use—often illegally—these explosive devices that can be quite dangerous.

Think of this situation as yet another form of cognitive dissonance. Families who would, say, never let their children ride a bicycle without proper head protection, nonetheless turn off the vigilance every year in early July. The subsequent injuries, including third degree burns, the loss of hands and limbs, and blindness, remind us that fireworks are not toys and must forever remain out of the reach of children.

Beyond the dimension of personal injury, fireworks can be a real threat in hot and dry areas such as the Southwest. Most states ban fireworks on public lands because one spark—even from a sparkler—can ignite a firestorm. Many people are unaware that the tip of a sparkler can reach 2,000°F. “You wouldn’t hand a match to a kid and have them running around like that, and people need to really consider that before they hand a child a sparkler and figure it’s a safe product,” said Doug Strosnider, an Idaho fire chief.

And, let’s not forget vision and hearing damage.

Sadly, most individuals often ignore the real harm these explosives cause as noisemakers. “It’s quite possible for a person on the fourth of July to experience a dose of noise that’s significant enough to cause hearing loss and ringing in their ears, due to an explosion very close to their ears possibly, or just a cumulative exposure over the day,” says Robert Novak, professor of audiology and clinical director for the department of Audiology and Speech Sciences at Purdue University.

It has even been suggested that fireworks may be a cause of an incurable condition known as tinnitus—the perception of sound in the ears or head where no external source is present. Hardly a rare condition, it affects more than 50 million Americans.

In 2003, according to the National Center for Injury Prevention and Control, four persons died and an estimated 9,300 were treated in emergency rooms for problems caused by fireworks. “Nearly every year, my colleagues and I see tragic injuries resulting in a loss of vision and sometimes even complete loss of an eye as a result of recreational use of fireworks,” said Dale Heuer, MD, Professor and Chairman of the Department of Ophthalmology at the Medical College of Wisconsin.

While there are many resources available on how to maximize the safe handling of fireworks, my best advice is to spend your money instead on an organized professional show. After all, whatever you could achieve at home will pale in comparison to real pyrotechnics.

Have a happy Fourth!