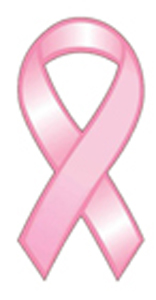 Since October is Breast Cancer Awareness Month, this is an appropriate time to thank an often overlooked group of benefactors that continue to support, both financially and by publicity, research aimed at curing this terrible disease. And, just whom are we talking about? Corporations. That’s right. Corporations are the proverbial good guys in this fight; they actively finance programs, institutions, grants, studies, and charitable events that educate people, particularly women, about the importance of early detection and healthy living.

As a cancer survivor myself, I know how crucial it is for companies to take a leading role in this matter. Without their help, government would be unable to effectively fund and promote the very initiatives that may yield better, less toxic treatments for breast cancer and other life threatening illnesses. And yet, some critics—including Samantha King, a Canadian activist who opposes corporate involvement in the quest to eradicate breast cancer—would prevent companies such as Avon, American Airlines, Hallmark, Ford, and many others from having any meaningful relationship with this honorable cause.

Such extremism would essentially destroy the famous Pink Ribbons Campaign, where, besides demonstrating one’s solidarity for combating breast cancer (by wearing one of these eponymous ribbons), supporters actively solicit—and receive—aid from corporate America.

How can anyone argue with such philanthropy? Companies that act as responsible citizens set a positive example that other businesses should emulate. In fact, I wish more corporations supported the Pink Ribbons Campaign, which would transfer more dollars to universities, doctors, and hospitals who genuinely want to cure breast cancer. Remember:  Most of this money reaches recipients far quicker than government subsidies that must first get congressional approval and be disbursed by various bureaucratic agencies.

We should be pleased that expensive medical research can be at least partially funded by corporate largess. If breast cancer represents a cause whereby government and the private sector have joined forces for the common good, this model should be repeated many times over—especially in the case of several other diseases, where research lags behind.

Absent corporate support, millions of women would never have the chance to get a mammogram. Sadly, in most countries, this simple procedure is often a luxury of the elite, an indulgence among the super rich. That’s outrageous. Why should the poor and disenfranchised of foreign lands be denied a common diagnostic procedure, proven over decades, both here and abroad?

If you want to talk numbers, Avon’s Pink Ribbon Campaign alone has donated over $400 million in 50 countries worldwide for medical research, access to treatment, screening, support services, and education. This standard of excellence proves that companies, when encouraged by consumers or led by conscientious executives, can do the right thing.

For those like King, who complain that, “Breast cancer has been transformed into a market-driven industry,” or question the motivation of corporate philanthropy, I would counter that if companies can prosper in this activity, they are doing well by doing good. And I wonder, what is wrong with that?

The National Breast Cancer Foundation (NBCF) depends on corporate donations. Attacking the foundation’s principal sources of support is morally wrong and economically absurd. We need to combine our efforts to fight this deadly disease. Every dollar counts because every life is precious. No woman should have to suffer needlessly from this condition because, though we had the will to help, we lacked the wallet to fund a cure.