How Generic Lipitor Could Affect You, Even If You’re Not Taking A Cholesterol-Lowering Drug

How Generic Lipitor Could Affect You, Even If You’re Not Taking A Cholesterol-Lowering Drug 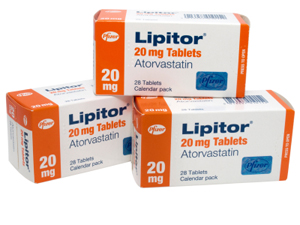 Among the most exciting news in the pharmaceutical industry this year is the announcement that Pfizer’s Lipitor®—the biggest selling (legal) drug of all time—will be available as a generic after November 30, 2011. The list of generic drug makers expected to enter this market includes Ranbaxy, Teva, Novartis, and Mylan. And, the talk is that Pfizer itself will be selling a generic, perhaps at prices intended to kill the competition.

At first blush, this seems great, especially in light of our soaring health care costs. However, there is also a potential dark side…

A few weeks ago, the Pharmaceutical Care Management Association held what it calls its PBM & Specialty Pharmacy Summit. PBM stands for pharmacy benefit manager. On March 28th, Adele Gulfo (President, Primary Care, US, Pfizer Inc.) was a speaker at the keynote luncheon for this shindig. The theme of the luncheon was “Our World in 2020: How our industries will change, prosper and be challenged in the years to come.”

On this occasion, Ms. Gulfo made the point that once her company’s own statin, Lipitor, went generic, the world (or her world, at least) would no longer need any more branded statin drugs. Not surprisingly, there was some pretty quick reaction to her statement, from the manufacturers of other branded statin drugs.

They note, quite correctly, that their drugs have different formulations, and have demonstrated enhanced performance, when compared to Lipitor in various settings. Thus, they are not equivalent, and should not be viewed as becoming superfluous on November 30th. Which brings us to the matter of therapeutic substitution, also called therapeutic switching.

The concept is described—and condemned—in the “Joint Statement on Therapeutic Substitution,” issued in April, 2008 by the American Psychiatric Association and three other prominent mental health organizations:

Therapeutic substitution is not the same as generic substitution. Generic substitution is when a generic form of a prescribed brand name drug is dispensed by the pharmacy. Although a generic may differ in inactive ingredients and some other aspects, such as rates of release, a generic contains the same active ingredient(s) in the same dosage as the brand name medication. It should be noted that despite the fact that generics are defined as being equivalent to brand drugs, some individuals have different reactions to the generic and brand version of the same drug.

In contrast, therapeutic substitution means a person is given a different medication in the same broad “therapeutic class,” even though drugs in the same class often work in different ways and have important differences in side effects and effectiveness for individuals.

I would add that this substitution can occur without the knowledge of the doctor or patient. Sometimes, it is mandated by the insurance carrier, and sometimes it is just done on the fly by greedy pharmacies, looking to grab some quick extra profit. And sometimes, there are consequences.

In May, 2009, Prevention magazine ran a story entitled “The Great Drug Switcheroo,” in which the effects of therapeutic substitution would be experienced by Ohio epilepsy patient Amy Detrick. Her doctor had spent months fine-tuning the precise cocktail of meds that would keep her from having seizures. One fine day she filled a prescription for Tegretol, and within a short time had a seizure, while riding her bicycle.

She fell off the bike, broke her leg, and had a hairline fracture in her left eye socket. Doctors discovered that the blood level of her medication had declined, because a therapeutic substitution was made. “Just imagine what could have happened had I been behind the wheel of a car,” Detrick remarked.

It should be noted that fine-tuning of meds to the patient’s individual needs and response is by no means a rare occurrence.

If your doctor prescribes Lexapro, an antidepressant, you may get citalopram (generic for Celexa). You could experience more side effects with citalopram, since Lexapro is more concentrated, and is prescribed in smaller doses.

Critics of our health care system will point out that the move toward therapeutic substitution is exactly what should be expected when cost savings is the most important precept. Many states are already considering switching from Fee for Service Medicaid to Managed Care Medicaid, which mandates this practice.

The fear is that if the single biggest class of drugs goes this way, no one will be able to put the therapeutic substitution genie back into the bottle. Patient outcomes may well suffer, but apparently, it doesn’t matter.