Getting Health Insurance To More People 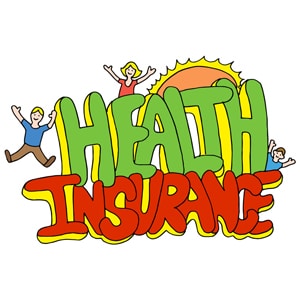 Getting Health Insurance To More People

One of the main promises of the Affordable Care Act (Obamacare) was that it would get a lot more people insured. So, how successful has it been in achieving this goal? As you might expect, with any large government program, answers to such questions are not exactly straightforward. In 2015, analyses from Rand Corporation and Goldman Sachs appeared—utilizing different methodologies—and obtained somewhat different results.

Another complicating factor is that in 2013, the Census Bureau made a significant change in how it estimates the number of people who lack insurance, likely understating the results, compared to earlier years. We do know that a goodly number of those newly insured went directly to Medicaid or CHIP (Children’s Health Insurance Program).

But even if you believe the most rosy assessments of the program’s success, problems also emerged:

3.     Many co-ops have failed (expensively so), and insurers are leaving certain markets.

Occasionally lost in the shuffle is the fact that for decades, most people have been able to secure group insurance plans through their employers. Of course, the quality and affordability of these plans has a lot to do with one’s “group.” In general, large groups tend to offer more variety, and better plans—often with lower rates.

But, what about those who are self-employed, or who have businesses too small to get attractive plans? Individual health insurance plans—even for those young and healthy—are hardly inexpensive. As it happens, back in the mid-1970s, I got insurance for my family via a so-called “trust” or group that was formed by an association of electronics manufacturers. So, rather than my small employer negotiating rates on its own, we were part of a group that included thousands of employees. Thus, I obtained excellent insurance at highly competitive rates.

However, a few years later, that all disappeared—presumably as a consequence of various provisions of ERISA, and related laws. My employer then had to shop the open market as its own group. The subsequent policy—while satisfactory—was more expensive, had a bigger deductible, and inferior benefits. I definitely missed that association group policy.

After nearly 40 years, such plans may be coming back. On January 4, the Department of Labor released a proposed rule that will allow workers to band together to receive health insurance. This rule comes in response to President Trump’s executive order 13813, entitled “Promoting Healthcare Choice and Competition Across the United States.” Among other things, the rule expands the definition of “employer,” to facilitate the formation of so-called association health plans.

Per the document: “The goal of the rulemaking is to expand access to affordable health coverage, especially among small employers and self-employed individuals, by removing undue restrictions on the establishment and maintenance of association health plans under ERISA.”

And, “[T]he regulation would allow employers to band together for the express purpose of offering health coverage if they either are: (1) in the same trade, industry, line of business, or profession; or (2) have a principal place of business within a region that does not exceed the boundaries of the same State or the same metropolitan area (even if the metropolitan area includes more than one State).”

This is widely interpreted as allowing the sale of health insurance to cross state lines—something that has been advocated for years.

According to the Department of Labor’s covering news release…

“Up to 11 million Americans working for small businesses/sole proprietors and their families lack employer-sponsored insurance. These employees—and their families—would have an additional alternative through Small Business Health Plans (Association Health Plans). These plans would close the gap of uninsured without eliminating options available in the healthcare marketplace.”