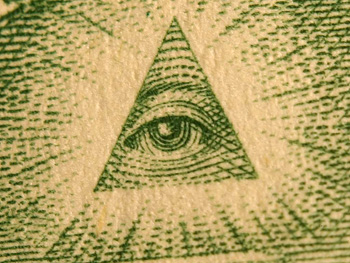 While that line from Isaiah 29:18 refers to future blessings to be bestowed, could the prophet have known about “blindsight,” the ability of some people to sense things that they cannot see?

A team led by Professor Beatrice de Gelder—from the University of Tilburg in the Netherlands—has shown that people can make their way through an obstacle course, even after brain damage has left them with no awareness of the ability to see, and no activity in the visual cortex. Prof. de Gelder notes that “This is absolutely the first study of this ability in humans.”

The work, entitled “Intact navigation skills after bilateral loss of striate cortex,” was just published in Current Biology, and the subject was a former World Health Organization physician and stroke victim, known only as TN. In 2003, TN suffered two consecutive strokes, which wiped out the visual cortex in each of his brain’s hemispheres. His total blindness was confirmed by extensive testing.

Although his eyes were undamaged, brain imaging indicated that there was no activity in his visual cortex, the part of the brain that processes most of the information coming from the retina.

Interestingly, TN was first studied by researcher Alan Pegna, who reported that he could actually discern happy or sad facial expressions displayed by others. MRI testing showed that despite having no vision, the right amygdala (a portion of the brain involved with emotional response) was activated. This probably happens because a small part of the visual input to the brain from the retina is diverted to more primitive parts of the brain—operating below the level of consciousness.

Pegna wanted to collaborate with de Gelder on further studies of TN, so the patient was brought to the lab in the Netherlands. Navigation through an obstacle course was not even on the agenda. “But we noticed he seemed to be avoiding objects in his path, so we added another simple experiment to find out if he really was sensing them,” says Pegna.

They set up an obstacle course in a hallway. The obstacles were common objects such as books, a ream of paper, a file organizer, and a wastepaper basket, all with different shapes and sizes. de Gelder told TN to just start walking down the hall, and did not mention the presence of obstacles in his path.

He walked down the hall, carefully stepping around the objects. “He never touched any of it. We were like totally amazed,” says de Gelder. When asked why he did not walk in a straight line, he replied “I didn’t?”

“We see what humans can do, even with no awareness of seeing or any intentional avoidance of obstacles. It shows us the importance of these evolutionary ancient visual paths,” adds de Gelder. “They contribute more than we think they do for us to function in the real world.” Echolocation was ruled out because “[it] is not so efficient for small objects, and he could avoid them with precision,” says de Gelder.

As such, TN still has some visual abilities, even if he is not aware of them. “It’s a major lesson that brain damage can release minor neurological pathways that had previously been suppressed, allowing them to play a more significant role,” the researchers said.

Steven Hackley, an associate professor of psychological sciences at the University of Missouri-Columbia, says studying patients such as TN will tell scientists about the nature of consciousness. “The idea is that by comparing the same mental process when it is conscious and when it is not, it will be possible to determine which parts of the brain are essential and how consciousness arises.”