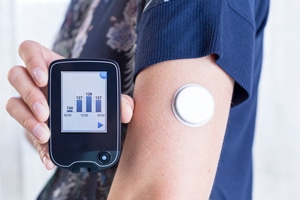 This column has covered the matter of glycemic (blood glucose level) control for type 2 diabetes in previous articles. In this one, we discussed the statistics—such as they are—including the incredibly inflated number of so-called “prediabetics.” Here’s the updated link from the article’s first paragraph. The piece also noted that there is precious little data establishing the importance and validity of tight glycemic control.

Another article detailed “the less-than-stellar performance” of diabetes drugs.

As it happens, people have been questioning the glycemic control orthodoxy, and their concerns date back to at least June, 2000. At that time, an article appeared in the BMJ, entitled “Seeing what you want to see in randomised controlled trials: versions and perversions of UKPDS data.” “UKPDS” refers to the United Kingdom prospective diabetes study, results published in 1998. Among the findings:

Although metformin, insulin, and sulphonylurea drugs all reduced blood glucose, only metformin demonstrated any significant benefits in macrovascular endpoints. Thus, metformin’s therapeutic value seems to be independent of (or in addition to) glycemic control. Notwithstanding, the official takeaway was that intensive glycemic control is the magic bullet.

The authors are polite, but pull no punches in their explanation of such spin…

Fast forward to April, 2009, and an article in the Annals of Internal Medicine entitled “Glycemic Control in Type 2 Diabetes: Time for an Evidence-Based About-Face?” The authors reviewed a few large trials, and concluded that…”[T]ight glycemic control burdens patients with complex treatment programs, hypoglycemia, weight gain, and costs and offers uncertain benefits in return. We believe clinicians should prioritize supporting well-being and healthy lifestyles, preventive care, and cardiovascular risk reduction in these patients.”

These sentiments were echoed in a July, 2010 article in Diabetologia, entitled “Intensified glucose lowering in type 2 diabetes: time for a reappraisal.”

O’Sullivan wanted officials to state, on the public record, what scientific evidence they were using to support their approval of these drugs. You see, she tried to find this in the literature—only it wasn’t there. But then, there is no published scientific basis for the lowering of the defining level of a “diabetes” fasting blood glucose from 141 mg/dL to 126 mg/dL, either. Older docs refer to a less rigorous standard from the 1970s—161 mg/dL. No doubt, lowering this diagnostic criterion created more type 2 diabetics; only did that help or hurt public health?

Alas, Cait never got her answer. “I stood up to ask my question, and they said no more questions.” O’Sullivan said. “It was a disappointing experience.” Possibly, she now shares my disdain for this agency.

Crowe cites a few other papers attacking glycemic control orthodoxy, including a new article from September, 2016, published in Circulation: Cardiovascular Quality and Outcomes, entitled “Glycemic Control for Patients With Type 2 Diabetes Mellitus: Our Evolving Faith in the Face of Evidence.” The authors pored over scores of articles, and identified 16 guidelines and 328 statements.

The mannerly conclusion: “Discordance exists between the research evidence and academic and clinical policy statements about the value of tight glycemic control to reduce micro- and macrovascular complications. This discordance may distort priorities in the research and practice agendas designed to improve the lives of patients with type 2 diabetes mellitus.”

Or, as bandit Gold Hat—from The Treasure of the Sierra Madre (1948)—may have said, “Evidence? We ain’t got no evidence! We don’t need no evidence! I don’t have to show you any stinking evidence!”