Going Soft On RSV: How NOT To Save Money On Health Care

Going Soft On RSV: How NOT To Save Money On Health Care 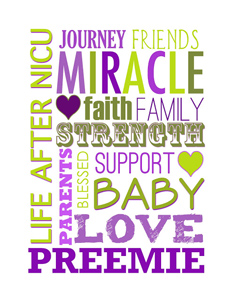 Perhaps you’ve never heard of Respiratory Syncytial Virus (RSV) by name. But, you have surely experienced an RSV infection. For one thing, along with rhinovirus, parainfluenza virus, adenovirus, and coxsackievirus, RSV can cause the common cold. RSV is also the single most important viral respiratory pathogen infecting infants and young children worldwide, as well as being a significant cause of respiratory tract illness in the elderly, transplant patients, and immune suppressed.

About one-half of all infants are infected with RSV during the first year of life, and nearly every child has been infected by year two. Premature babies with congenital heart disease and chronic lung disease are especially at risk of developing a serious infection from RSV that often requires hospitalization.

We do know a fair amount about this pathogen. RSV is an RNA virus, and a member of Pneumovirus genus within the family Paramyxoviridae. The full genome has been mapped, and all of the proteins produced have been identified. However, no vaccine against RSV has yet been developed, mostly because we lack understanding of the mechanisms by which RSV modulates the host cell response to infection.

“Syncytial” (pronounced sin-SISH-ul) is derived from syncytium, which means a cell with more than one nucleus. This occurs, for example, in skeletal muscle fibers.

But, there’s a dark side. When Paramyxoviruses infect a cell, viral fusion proteins are created, which force the host’s cell membrane to fuse with neighboring cells. In this way, multiple host cells can be infected by attacking only one. HIV works in a similar manner.

As medical technology has improved, so has the number of preemies. In the US alone, around 500,000 babies are born prematurely (before 37 weeks of pregnancy) every year. This works out to 12.5% of all pregnancies, although Black women have a prematurity rate of 18.5%. Compare these numbers to the 5.6% rate in Ireland and Finland. The appallingly bad figures our country has for infant mortality are directly related to this high rate of prematurity.

With respect to RSV, preemies lack certain protective antibodies, as well as having lungs that are less developed than those of full-term babies. While a vaccine does not yet exist for RSV, a preventive measure is available, in the form of a unique pharmaceutical drug, manufactured by MedImmune, called Palivizumab (brand name Synagis). The drug is a monoclonal antibody (hence the “ab” in the name), and is the first monoclonal antibody approved by the FDA (in 1998) to help prevent an infectious disease. It is dosed once per month via intramuscular injection, to be administered throughout the duration of the RSV season. And, yes, the drug is expensive.

Synagis works so well that in accordance with guidelines from the American Academy of Pediatrics (AAP), all premature babies less than 35 weeks gestation qualified to receive these monthly injections from October to March in the first year of life.

But, in December, 2009, this would change. The AAP issued a Policy Statement entitled “Modified Recommendations for Use of Palivizumab for Prevention of Respiratory Syncytial Virus Infections.” As you might expect, the recommendations were modified to reduce the number of doses and which preemies would be eligible, to supposedly save money.

Possibly, the AAP felt the need to mollify its third party paymasters—the private insurance companies and Medicaid—even if the Policy Statement was noticeably lacking in prospective clinical evidence to justify the modifications. Interestingly, three groups much more closely identified with the affected cohort—the National Perinatal Association, the National Medical Association, and the National Black Nurses Association—opposed the revised guidelines.

Moreover, in a study just published in the Journal of Medical Economics, the original (pre-2009) guidelines for use of Palivizumab actually are cost-effective.

“Cost effectiveness analyses are used to appraise the value and worth of a product or technology,” said Parthiv Mahadevia, MD, MPH, study co-author and senior health economist and outcomes researcher at MedImmune. “The model was based on Synagis’ impact on RSV hospitalization, which was the primary endpoint in the Synagis Phase III randomized controlled trials supporting FDA product approval. The conclusion of this model found that Palivizumab, when dosed consistent with the FDA-approved labeling, monthly throughout the RSV season, was either cost-saving or cost-effective for guideline-eligible infants.”

Deb Discenza, a leading advocate for preemies, and the mother of a girl born at 30-weeks gestation, is circulating a petition to turn back the revised AAP guidelines.

As she has said, “If I thought that the AAP was providing real clinically-based evidence in these changes, then I would support it. However, noting that RSV can occur several times in one season and that they are not following proper labeling instructions as approved by the FDA tells me that the guidelines need to be reverted until full research can be done.”

Untold billions of dollars are spent on any number of patient groups with political clout, such as seniors, and ironically, plenty is also spent on acute care for these same preemies, which dwarfs the so-called savings alleged by the revised guidelines. Who will speak up for this most vulnerable cohort of all?

Amen, I say to you, whatever you did for one of these least brothers of mine, you did for me. (Matthew 25:40)