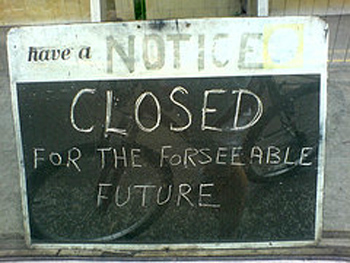 We have heard that the road to hell is paved with good intentions, and the Consumer Product Safety Improvement Act of 2008 (CPSIA) is one of the best examples of this proverb in recent memory.

The bill was introduced on November 1, 2007 by Rep. Bobby Rush [D-IL], and was signed into law by then President Bush on August 14, 2008. The bill tallied 106 co-sponsors, and was passed overwhelmingly by both houses of Congress.

There are two main portions (or “titles”) of the Act: Title I—Children’s Product Safety and Title II—Consumer Product Safety Commission Reform. Within Title I are eight sections, two of which are concerned with certain chemicals that might be found in children’s products. Section 101 regulates the amount of lead that can be contained in these products, and Section 108 regulates compounds called phthalates, used as softeners in plastics.

At the time of its passage, numerous advocacy groups were heaping praise on the Act:

“This Act is the legacy of the countless children, including Danny Keysar—whose parents founded Kids In Danger—who have been killed or injured by unsafe children’s products and toys,” stated Nancy Cowles, Executive Director of Kids In Danger. “It is to honor their memories that we must now undertake the implementation of this landmark measure.”

“This long-overdue law gives the CPSC the shot in the arm that it desperately needs,” said Ami Gadhia, Policy Counsel with Consumers Union. “It is now up to the CPSC to use the tools given to them by this law, and restore the confidence of consumers in the products on store shelves,” added Gadhia.

Amazingly, it now appears that no one actually read the law, or at least noticed the ludicrous time frames and wide-open terminology that was employed.

Digging deeper for the definition of “children’s product” we come up with this:

The term “children’s product” means a consumer product designed or intended primarily for children 12 years of age or younger.

So, what’s the problem?

For one thing, this definition, as it will be applied to lead content, is so broad that it conflates products that could be ingested—such as small jewelry, and clothing decorations and buttons—with items that clearly pose no danger, such as steel brackets for children’s swing sets, that may contain some lead to be more workable. Note that such items as books, bikes, and all toys are included.

Moreover, as bad as the testing provision will be for small companies, the killer impact is that the program is not phased in. On February 10, 2009, non-compliant inventory will simply have to be discarded, along with any items that have not been certified as tested.

Large retailers can probably dump all of this on the manufacturer—not that this would be any solution. For the small companies that cannot afford the testing, it is probably the end of the road. Naturally, the consumer gets hurt, which is why it is astounding that CPSIA got so much support from “consumer” groups.

As it is, the used clothing and thrift shop people have been up in arms…

“We will have to lock our doors and file for bankruptcy,” said Shauna Sloan, founder of Salt Lake City-based franchise Kid to Kid, which sells used children’s clothing in 75 stores across the country and had planned to open a store in Santa Clara, CA this year.

Carol Vaporis, owner of Duck Duck Goose Consignment in New Port Richey, FL, said her store stocks barely used brand-name clothing from places such as Limited Too and Gymboree. “We really provide a service to the community to help people get clothes for their children they otherwise couldn’t afford,” she said. In addition, families who turn in clothing get a portion of the sales price.

It is no secret that the Consumer Products Safety Commission (CPSC)—the agency charged with enforcing the new law—is not a fan. Indeed, months ago, agency officials were predicting big problems, but their input was ignored, along with everyone else’s, including retailers, manufacturers, and regulatory experts.

CPSC did issue a sort of reprieve to the used clothing folks stating that they did not have to test the garments, although they are still responsible for any lead content. Good luck finding clothing with no metal on it at all. The lead in most bikes occurs only in the tires. Know any kids who lick bike tires? Those same kids, of course, could swallow hazardous substances around the home. Should all those be banned, as well?

Rick Woldenberg is Chairman of Learning Resources Inc., a manufacturer of multi-sensory classroom materials and educational toys in Vernon Hills, IL. Woldenberg is the most outspoken opponent of CPSIA, and one of his blog entries states:

“February 10 is a mere 21 days away. The government has only three weeks to come to its senses. Do you realize that the CPSC has received literally thousands of requests for advice, rulings and clarifications and answered only a tiny portion? Implementing this law with so many points unresolved (and unresolvable) should be considered a crime.”

“In the meantime, as this gets more urgent by the second, please write Congress and call your representatives every day to tell them what you think. This matter needs urgent intervention.”

Either that, or absolute retail meltdown on February 10th. Just what this weak economy needs.