Some Good News Regarding Siloxane D5–And Why You Should Care

Some Good News Regarding Siloxane D5—And Why You Should Care 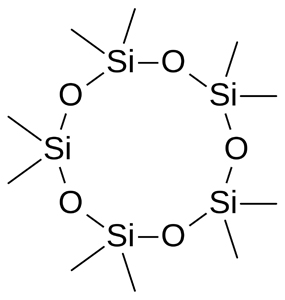 Siloxane D5 (or simply “D5”) is the short name for Decamethylcyclopentasiloxane. Siloxanes are also called silicones, which in turn are defined as:

Macromolecules comprised of a polymer backbone of alternating silicon and oxygen atoms with organic side groups, such as methyl, phenyl or vinyl, attached to silicon. The number of repeating units can range from zero to several thousand.

Silicones are used in a staggering array of fields, including…

As to D5, it is an odorless, colorless non-oily fluid used as an ingredient in personal care products and dry cleaning. In personal care products, D5 acts as a “carrier,” allowing products to spread smoothly and easily, providing a silky, luxurious feel during application. In dry cleaning, D5 brings detergent to clothes and rinses away suspended dirt and oils trapped by the detergent.

D5 is also among the most extensively studied materials used in consumer and industrial applications, and its significance at the moment derives from this recent finding by the Canadian government:

On February 29th, Peter Kent, Canada’s Environment Minister, announced that the Government of Canada has decided Siloxane D5 is not harmful to the environment. “This decision follows a thorough analysis of the Siloxane D5 Board of Review’s report, all existing available scientific information, and on-going international regulatory activities, ” said Minister Kent. “It underlines our commitment to reach fact-based conclusions to protect Canadians’ health and the environment.”

Our own EPA stopped worrying about this compound in December, 2005, and the recent Canadian finding reverses earlier action. Quoting from the official Canada Gazette…

Notice is hereby given that the Final decision on the screening assessment of a substance — Decamethylcyclopentasiloxane (D5) CAS No. 541-02-6 — specified on the Domestic Substances List [subsection 77(6) of the Canadian Environmental Protection Act, 1999] published in the Canada Gazette, Part I, on January 31, 2009, is hereby annulled,

And notice is hereby given that the Ministers of the Environment and of Health propose to take no further action on the substance at this time under section 77 of the Act.

This happened when further scientific data was presented to the Government, and an independent Board of Review was called to look into the matter. Of course, such good news about chemicals is not widely disseminated.

Indeed, various fear entrepreneurial so-called environmental groups were only too eager to publicize that the Canadians were looking into D5 a few years ago, but are strangely silent now that this widely-used compound has received a clean bill of health. It should be noted that the Canadians are hardly pushovers for the chemical industry, and their rigorous rulings are constantly being touted by the fear entrepreneurs. That is, when they can be used to scare people and raise money.

As a consumer, you should be quite pleased that D5—a heavily studied and important chemical—has been vindicated, based on cooperation between industry and government, and the proper use of good science. Sadly, this is not always the case.

Let the D5 story serve as a model to all stakeholders.