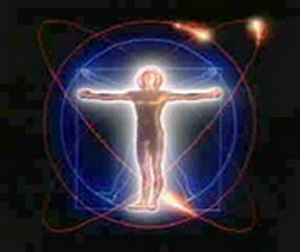 We round out 2007 and ring in 2008 by examining one of the most active areas in alternative health care these days, but, as you will soon see, it won’t be easy. In vibrational medicine (sometimes called radionics), concepts are often conflated, observations and descriptions are sometimes less than rigorous, and many practitioners feel persecuted. I hasten to add that these complaints can readily be applied to conventional allopathic medicine, as well.

Adherents of vibrational medicine (VM) remind us that the human body is a multidimensional, vibrational being with numerous, complex energetic interactions continually taking place. They posit a bioenergetic communication network that specifies all the activities taking place within the body. The claim is that VM stimulates this network, and the body’s restorative systems respond without the side-effects associated with the use of pharmacological substances.

The key here is that imbalances in the bioenergetic communications network are at the heart of all diseases and disorders. Not surprisingly, commercial devices have been introduced that will reestablish the balance, and cure a variety of conditions—or better put, allow the body to heal itself.

In a broad sense, of course, there is little that is controversial or even novel here. At any temperature above absolute zero, all molecules vibrate. Besides, “vibration” takes in a whole lot of territory, and can include electricity, magnetism, light, other forms of radiation, and even chemical reactions.

As to practical therapeutic uses of vibration, many people are familiar with biofeedback machines, and the use of electrical muscle stimulation, especially in sports medicine. Similarly well-known is the use of high-frequency vibration to control or kill a variety of pests. Note also that in 1978, the Bioelectromagnetics Society was established as an independent organization of biological and physical scientists, physicians, and engineers interested in the interactions of non-ionizing radiation with biological systems.

The problems arise when proponents tout dramatic results, including curing cancer, not to mention a variety of other chronic conditions. Few, if any, of these outcomes are ever presented in a peer-reviewed forum, and I have never seen any that utilized standard double-blind experimental controls.

The advocates will answer—with some justification—that no journal wants to run their studies, dominated as they are by Big Pharma, and that most of their patients have already tried conventional allopathic medicine, with no improvement in their condition. Further, they can point to harassment—and worse—by the FDA, so they must keep a low profile. And, to those who say that it is just a placebo effect, they counter—and they are right—that this effect appears in ALL forms of medicine.

Finally, any discussion of vibrational medicine must include two individuals claimed as pioneers. VM advocates like to assert kinship with Samuel Hahnemann (1755-1843), whose homeopathic system of medicine was based on the notion that “likes are cured by likes.” In this context, vibration is used to cure vibrational problems.

It doesn’t hurt that homeopathy APPEARS to be the antithesis of allopathic medicine (treatment with remedies producing the opposite effects of a disease), and that its popularity was primarily a reaction to the draconian medical treatments of the day. Ironically, it is nearly always forgotten that homeopathy focused, more so than allopathy, on symptoms rather than on the underlying causes of disease.

Royal Rife (1888-1971) built a number of high-powered microscopes, but is best known for his directed radio frequency energy “beam ray” tube machine. Rife claimed to have documented the precise frequencies which destroyed specific organisms, and held that most, if not all, contagious diseases could be cured using this device. Since he (or at least those associated with him) also believed that bacteria cause cancer, his machines and subsequent iterations have been proffered as cancer cures.

Interest in Rife’s approach revived in the 1980s along with books assuring followers that there was a conspiracy to suppress them. Here again, there is a grain of truth.

No doubt, billions of dollars are made each year in the battle against cancer, and much conventional treatment is of limited efficacy. Surely, there are those in that game who would try to limit other approaches. But this does not mean that every crackpot faux therapy is attacked merely to maintain the status quo. Nor does it mean that every alternative approach to disease must be superior to existing treatment modalities, anymore than simply advancing a credible conspiracy theory makes it true.

At this point, advocates of VM need to present more and far better documented experimental studies, and leave the conspiracy theories behind.