Is It Good For You…Or Not?

Is It Good For You…Or Not? 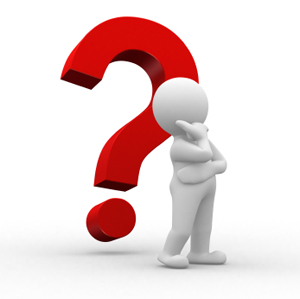 Older Baby Boomers will likely remember that in the 1950s, and at least through the mid-1960s, meat—and plenty of it—was the foundation of just about every “good” meal. Grains were generally viewed as lowly side dishes, and potatoes, despite their low caloric value, were perceived as “fattening.” Virtually every family restaurant featured a “diet plate,” which was inevitably a hamburger with all the trimmings…minus the bun.

Green salads existed, of course, but fruits and vegetables were usually championed only by “health nuts,” such as Jack LaLanne and Gypsy Boots. The nation was cautioned that for proper nutrition they needed their “three square meals a day,” and that milk was good for “every body.” In these days before Kenneth Cooper’s Aerobics, exercise mainly consisted of calisthenics, and few people even cared about oxygen uptake or aerobic capacity. Despite overwhelming public knowledge of the health effects, a large number of people smoked.

Few authorities thought that overeating would become a major issue, and essentially no one gave a second thought to the role of stress in causing disease—except for ulcers. The widely-used tropical oils (palm and coconut) being saturated were eventually deemed to be very bad indeed, and chocolate was a harmful junk food that causes acne.

While low carb advocates may debate the precise details, whole grains—”our forgotten friends,” as they were called by David Reuben, MD in 1979—have certainly made a comeback, and everyone now talks about the importance of fiber, a subject curiously absent from the popular health lexicon until some time in the late 1970s.

It was Reuben, among others, who pointed out that if meat were so essential, then vast segments of the human population have been defying the odds for centuries. Perhaps there were alternative sources of protein that should be considered. Individuals are abandoning meat to improve their health. Meanwhile, legions of folks with previously unexplained chronic stomach distress discovered that they were lactose intolerant, and that milk was not necessarily good for their body.

Any workout program worth its salt contains a sizable amount of cardiovascular exercise, and smoking is so stigmatized that it is sometimes enough of a factor to gain the upper hand in child custody battles.

Obesity (from overeating) is widely regarded as the biggest single health problem in the United States, and we hear about the damaging effects of stress every day. It took some time, but it was finally established that the major cause of ulcers is not stress, but bacteria, and the sales of Tagamet—once the biggest-selling drug—diminished.

As to tropical oils, they were condemned earlier in a rather foolish and simplistic rush to judgment—not to mention a smear campaign waged by purveyors of competitive fats. Coconut and palm kernel oils are saturated fats all right, but belong to a special class called medium chain fatty acids (MCFA). MCFAs not only do not adversely affect serum cholesterol, but they have been found to actually lower the risk of both atherosclerosis and heart disease.

Regarding chocolate, the health benefits of flavanols, contained in cocoa, have long been known. However, extensive processing of the raw ingredients—on their way to becoming a chocolate bar—can limit these positive effects. I recently spoke with Christopher Angell, CEO of Solana Beach, CA based Angell Organic Candy Bars.

Angell bars are certified organic and fair trade, and represent chocolate in pretty much its least-processed form. This being back-to-school season, we briefly touched on how the quality of snacks sold at school can be improved.

This issue is approached in different ways around the country. For example, in California, they have a formula whereby products cannot contain more than a specified amount of saturated fat, sugars, and sodium. Good intentions, for sure, but maybe this is too broad-brush. Oversimplification can often be a barrier to a more rational approach.

Still, on an individual level, for parents who are concerned about ingredients, and avoiding such things as corn syrup and gluten, they tend to find us.

Regarding acne, the chocolate connection was always a myth of uncertain origin, but designing a comprehensive enough study to prove this to everyone’s satisfaction—as well as getting someone to pay for it—is a knotty problem.

Maybe we should call Willy Wonka.