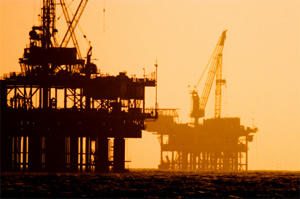 Except for the long-suffering fans of a few sports franchises, the prevailing mood for this Autumn of 2011 is not exactly upbeat. Most economic news is not encouraging, and certain heavily-touted—and heavily subsidized—”green” energy projects have spectacularly bit the dust.

Of course, the very concept of green energy is somewhat dubious in that there is no absolutely clean and environmentally perfect method of creating energy. Hydroelectric power comes close, but those nasty dams must be built, and surely will affect wildlife in some way. Solar is attractive as well, but since it is far better suited to small dedicated installations, rather than large scale distribution, a massive deployment must be realized before it can truly make a difference.

Wind power also requires massive deployment, and since the turbines are typically built in out-of-the-way places, there are significant losses in distribution. Moreover, the turbine blades are fatal to birds that may venture too close.

Fossil fuels represent captured solar energy, but also present varying degrees of extraction and pollution issues. Indeed, the cause of offshore oil drilling was hardly helped by the notorious failure of the Deepwater Horizon project, even though the actual damage fortunately did not live up to the dire predictions.

Yet, there are vast resources of offshore oil (estimated at tens of billions of barrels off the US coast alone), which must be exploited for an energy-hungry world. Even the Environmental Defense Fund appreciates this, as they are currently championing an offshore project sponsored by Cuba. Politics, strange bedfellows, and all that.

When offshore drilling is discussed in the media, one sees the terms “rig” and “platform” used almost interchangeably. “Rig” is more properly applied as a generic term for equipment that is used to drill wells, whether onshore or offshore. A “platform” is an offshore structure specially designed to extract oil and gas, with facilities for temporary storage, and often includes accommodations for the workforce.

Bearing in mind that the earliest commercial oil drilling dates back only to 1859, it is noteworthy that offshore drilling began in 1891 in the Great Lakes, with the first saltwater wells being located off the California coast near Santa Barbara, in 1896. Natural seepage of petroleum had been collected for centuries prior to that—for medicinal and lighting purposes—by both Indians and European settlers.

There are many configurations of offshore rigs, including fixed platforms, which are anchored directly into the seabed; and semi-submersible types, which float and can be moved, but are usually anchored during drilling and production operations. So-called dynamic positioning, whereby a computer-controlled facility employs sensors and gyros to keep the rig in place, can also be utilized on the semi-submersible platforms.

Drillships, vessels provided with on-board drilling apparatus, are popular for exploratory drilling, and can drill at great depths. These ships are equipped with dynamic positioning systems.

Yet another approach is offshore tender rig drilling. In the nautical world “tender” is a vessel used to service a larger ship. Smaller tenders are often called dinghies.

In a tender rig operation, a specially-configured barge is moored alongside a drilling platform, and provides support such as crew quarters, mud tanks, mud pumps, and power generation systems. As such, the only equipment transferred to the platform for drilling operations is the drilling equipment set itself, comprised of the drill floor, derrick, and accessory items.

A leading player in this space is Singapore-based Triumph Drilling, Inc. The company expresses great concern for safety and environmental matters, and summarizes its core values by using its name as an acronym…

Trusted by our Stakeholders;
Responsive in our approach to solving problems;
Integrity and Honesty in everything we do;
United in our Vision;
Meeting our Clients’ expectations;
Pursuing new and innovative solutions;
HSEMS (Health, Safety, and Environmental Management System) compliance every time all the time

While no one denies that there are risks involved in the pursuit of energy, only the foolhardy believe that modern civilization can survive without such efforts.