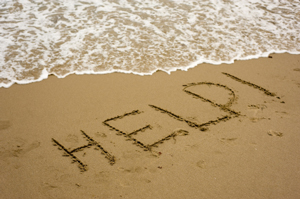 Let’s start off with a few basics: Our oceans are downstream from nearly all terrestrial locations, and are therefore at the receiving end of loads of junk. Every year, 6.4 million tons of debris makes its way into the sea, with an estimated 60 to 80 percent of that being improperly discarded plastic litter.

In oceanography, a gyre is a circular ocean current formed by the Earth’s wind patterns and the forces created by the rotation of the planet. The winds create surface currents, and the Coriolis effect (caused by the rotation of the Earth) directs the current at a 45-degree angle. As such, in the Northern Hemisphere, currents move clockwise; in the Southern Hemisphere they move counterclockwise. A gyre tends to create large areas of calm water, where debris can accumulate.

Plastics, being ideally suited to so many applications, are omnipresent. And, as with many other aspects of modern life, are certainly subject to human thoughtlessness and carelessness with respect to their use and disposal. An additional factor here is that unlike natural products, plastics do not degrade into organic materials. Rather, they tend to deteriorate into smaller and smaller pieces. In the North Pacific Gyre, there appears a sort of plastic soup, and not a congregation of intact bottles, as has been suggested by some.

This notion of a chunky soup of bottles may have been conjured up when numerous researchers did report seeing larger pieces of plastic debris a thousand miles or more from land. It was further ingrained into the public consciousness with a widely disseminated image of a man paddling a canoe through a sea of plastic bottles. As it happens, this scene actually derives from Manila harbor, but was mislabeled (intentionally or otherwise) as a picture of The Great Pacific Garbage Patch.

That picture of the guy in the canoe has been following me around my whole career! I think it’s an example of media telephone, where somebody wanted something dramatic to illustrate their story—and then through the magic of the Internet, the picture got mislabeled. We have never seen anything like that picture. I’ve never seen it personally, and we’ve never seen it on satellite. In reality, most pieces of garbage in the Pacific are about the size of your pinkie fingernail.

She is referring to the visible pieces, since most of the plastic in the soup is probably microscopic. Not that this is a good thing, of course. No doubt, many marine animals are ingesting this plastic, but the jury is still out as to the long-term effects. Some species of insects and their predators are thriving based on these newly-found solid surfaces floating in the water, and an ecological balance could be affected. So far, there is no evidence that “chemicals leaching out of the plastic” are poisoning marine life, as has been implied in some quarters.

NOAA’s National Ocean Service details where this waste comes from, and that includes both ocean and land sources. All sorts of materials can be dumped, swept, or blown off vessels and stationary platforms at sea. Likewise, debris generated on land can be blown, swept, or washed out to sea. Among the sources of the debris are littering, dumping in rivers and streams, and industrial losses such as spillage of plastic resin pellets during production, transportation, and processing.

Other voices recommend that we drastically reduce—or even eliminate—our use of plastics altogether. Self-styled Surf Lady Veronica Grey will soon be releasing a documentary entitled Aqua Seafoam Shame. The pre-release version I watched consists mostly of short interviews, along with overblown and at times incoherent statements by Grey. Unreferenced and non sequitur statistics, such as “The concentration of toxic chemicals are up to a million times higher” and “25% of the Earth’s surface is now considered a garbage landfill” appear on the screen frequently.

We are further treated to a snarky presentation by researcher Charles Moore, and a twee dissertation by an all-knowing seven-year-old, among other items. Highly promoted is an epilogue featuring surfer Robert August, who starred in the Endless Summer films. Ironically, August undercuts Grey’s gloom and doom narrative by telling her he notices that the coastline seems to have a lot less trash than he observed years ago.

Perhaps, we can judge the filmmakers’ commitment to accuracy from the opening graphic: “God will bring ruin to those ruining the Earth” (Revelations [sic] 11:18). They got the name of that New Testament book wrong, and the sentence has been paraphrased and lifted out of context.

But then, how else could new-agey Veronica invoke a passage describing the trumpet blown by the seventh angel, proclaiming the coming of God’s reign after the victory over diabolical powers? I suggest we listen to NOAA and scientists like Miriam Goldstein, instead.