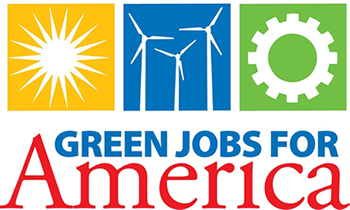 During the campaign, President Obama spoke of spending $150 billion over the next decade to improve energy efficiency. An additional benefit, he said, would be five million new jobs. Various think tanks have come up with similar—if somewhat lower—figures for job creation, based on different assumptions. A further claim is that these great new “green jobs” could not be outsourced to foreign countries.

First of all, exactly what constitutes a green job? Raquel Pinderhughes, a professor of urban studies at San Francisco State University, defines “green jobs” as the catch-all term for people doing any kind of work, whether mental or manual, that in some way relates to improvements in environmental quality. Others would like us to focus on the higher end of this type of employment, but if the guy who designs windmills has a green job, why not the janitor who works at his plant?

Herein lies the first problem. Windmills can surely be manufactured overseas. The same thing can be said for compact fluorescent light bulbs, insulation, hybrid cars, solar panels, and caulk. Moreover, design and architecture efforts to promote energy efficiency can be—and have been—done outside the US. In fact, about the only green jobs that can’t be outsourced are the relatively lower paying tasks of installing the insulation, caulking upon the leaks, and a variety of construction-related projects.

Indeed, a report released on February 3rd, commissioned by the Sierra Club, Change to Win, the Laborers International Union of North America, and the International Brotherhood of Teamsters concludes that “Green jobs are not automatically good jobs.”

Wage rates at many wind and solar manufacturing facilities are below the national average for workers employed in the manufacture of durable goods of $18.88 an hour, and average pay rates at some locations fall short of income levels needed to support a single adult with one child.

The lowest wage found was $8.25 an hour at a recycling processing plant, while manufacturing jobs related to renewable energy pay as little as $11 an hour.

As many commentators have pointed out, the notion of the government creating jobs is a classic example of the broken window fallacy, first advanced by French economist Frédéric Bastiat in 1850.

Imagine that several shopkeepers’ windows are broken by a child throwing rocks. At first, there is sympathy for the shopkeepers, until someone says that this is not necessarily a bad thing. Work has now been created for the glazier, and he will be able to spend more on various goods, thus benefiting other shopkeepers. In fact, if more windows are broken, the glazier might even hire an assistant.

The fallacy, of course, is that whatever money is being spent on fixing the broken windows can not be applied to something else. Perhaps those affected shopkeepers would have been able to purchase more supplies or hire more help, but for the vandalism.

Kenneth P. Green, of the American Enterprise Institute, applies this lesson to Obama’s green jobs plan, based on regulations, subsidies, and renewable-power mandates…

Here the broken windows are the lost jobs and capital from the coal, oil, nuclear, and automotive industries—currently employing more than 1 million people. Much dislocation in the conventional infrastructure would certainly occur. New jobs might be created in the renewable energy sector, but the cost has been borne by the taxpayers and energy consumers.

Related to this is the fuzzy math used by advocates of carbon dioxide restriction legislation, as they attempt to give it a new face as job creation legislation. David Kreutzer of the Heritage Foundation provides an example…

Assume that electricity is priced at $0.10 per kilowatt-hour (kWh), and a particular customer spends $100 to get 1000 kWh. But, to comply with carbon dioxide restrictions, power has increased to $0.15 per kWh. Because of the much higher price, this customer cuts back to using only 700 kWh. He is now paying $105 for 30 percent less electricity.

You would think that he is worse off, right? Not only is he paying more for less, he will probably be forced to purchase energy-conserving products, so his net loss is even greater than what occurred from the power rate increase.

Wrong, say the restriction proponents. According to them, he has saved $45. How can that be? Well, he is using 300 kWh less at $0.15/kWh, and that is $45. Of course, he will spend this extra money and help the economy. This will create new jobs. Yeah, you bet.

Believe it or not, this sort of nonsense pervades a recent study out of UC-Berkeley that claims restricting access to energy creates more income and more employment.

159 years later, Bastiat must be spinning in his grave.