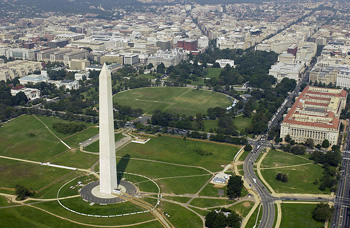 The General Services Administration (GSA) was established by President Harry Truman on July 1, 1949, to streamline the administrative work of the federal government. GSA consolidated the National Archives Establishment, the Federal Works Agency and its Public Buildings Administration, the Bureau of Federal Supply and the Office of Contract Settlement, and the War Assets Administration into one federal agency tasked with administering supplies and providing workplaces for federal employees.

Many companies in the private sector are familiar with the process of getting on the GSA Schedule (part of the Federal Acquisition Service), allowing government agencies streamlined access to purchasing their products. Fewer people, though, might be aware of the activities of the Public Buildings Service—the landlord for the civilian federal government.

All told, the GSA owns and leases over 354 million square feet of space in 8,600 buildings in more than 2,200 communities nationwide. Is there any organization better suited than GSA to serve as the model for an environmentally-conscious landlord?

For more than 30 years, the General Services Administration has set the standard for sustainable, high-quality workplaces that improve productivity, revitalize communities, encourage environmental responsibility, and promote intelligent decision making with respect to energy use.

In the same message he catalogs some of the agency’s accomplishments:

OK, that sounds good, but what about some hard numbers on actual performance? The agency ran a detailed evaluation of twelve of its sustainability designed buildings—post-occupancy—and discovered that these twelve when considered jointly, and compared to the national average…

However, within the group of twelve, two of the buildings were LEED (Leadership in Energy and Environmental Design) certified Gold, and those buildings consumed 34% less energy and 54% less domestic water than the national average, and their occupants reported 34% greater satisfaction.

A linchpin of this success is GSA’s Green Lease Policies and Procedures for Lease Acquisition, first introduced in 2000, and subject to modification from time to time. The intent was to provide GSA’s realty specialists with a framework for complying with then-current Executive Orders on greening the government.

GSA’s original “Green Lease” template addressed such matters as re-use of building materials, maintenance of indoor air quality during construction, use of recyclable and recycled content products, and use of environmentally friendly building products and materials.

Carbon monoxide should not be a problem in standard office buildings, unless there is an extreme amount of smoking, or if there are ventilation issues whereby make-up air is being drawn too close to a busy street, or from some particular effluent source, such as a barbecue restaurant. Carbon dioxide, on the other hand, reflects human occupancy, as we exhale this gas.

GSA’s formaldehyde standard of 0.1 ppm (or 100 parts-per-billion)—figured as an eight hour time-weighted average—is aggressive, compared to OSHA’s standard of 0.75 ppm. Most likely, it is based on a so-called “level of concern” suggested by toxicologist Meryl H. Karol, Ph.D., to protect the most sensitive individuals from irritation.

Significantly, even though Dr. Karol suggested the 100 ppb level, which represented a three-fold lowering of the CDC’s former 300 ppb level of concern, Dr. Karol has gone on record saying that “There is considerable controversy regarding the conclusion that formaldehyde causes cancer in humans.”

A presentation given by GSA’s “Green Guru” Denise Broskey in December 2007 concluded that:

Leasing/Building Green is a priority for all federal agencies. GSA’s Green Leasing and Building practices have set the standard for federal government space. By incorporating sustainable design provisions and practices as standard leasing procedure, GSA is also setting the standard for the private sector. The market for green buildings and healthy workspace is here, it is becoming robust, and is rapidly growing.

Nice to know that in this context, at least, the government definitely does walk the walk.