Health Care Information Technology: Is “IT” The Answer?

Health Care Information Technology:  Is “IT” The Answer? 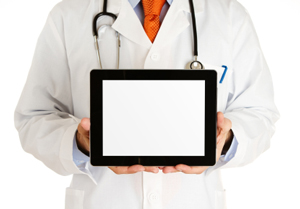 Last week, I attended a massive trade show, in which most of the 1253 exhibitors were involved in some manner with medical design engineering. As I walked through the seemingly endless aisles of booths, two things struck me: The technology on display was breathtakingly impressive, but unlike nearly every other field of endeavor, with respect to health care, this technology has not reduced costs. Arguably, it has helped to increase them.

A perfectly reasonable explanation can be proffered for this disturbing situation:

In matters of health, everyone deserves the “best,” and the “best” is always assumed to be the highest tech. As such, service providers with the highest tech have a marketing advantage over those who have not kept up. Likewise, based on our culture’s near-fanatical embrace of chronological superiority, the latest product is always assumed to be the “best.” Not surprisingly, these “bests” are generally the most expensive alternatives available, as well.

It is only after some time elapses, that the benefits to outcome—if any—can be evaluated. Unfortunately, by then, a new standard of care is established, until the next big thing comes along to dethrone it. One would think that actual outcomes would be important, and should be emphasized in any type of health care reform. For the most part, this is not happening.

Current policy stresses compliance with accepted processes as a measure in itself, rather than looking at outcomes. A body of research suggests that this is the wrong approach. For example, a study published in the October, 2010 edition of Archives of Surgery entitled “Hospital Process Compliance and Surgical Outcomes in Medicare Beneficiaries” states that:

Perhaps the most highly touted magic bullet fix for health care is the implementation of Electronic Health Records (EHRs). Billions of dollars have been set aside in an attempt to incentivize so-called “Meaningful Use” of EHRs. To the outside observer, what could possibly be wrong with EHR? After all, computerization of documents has simplified and streamlined our lives, right?

Most physicians realize that conversion to EHR is inevitable, but as Adam Sharp, MD—a founder of online physician community SERMO—puts it, “[T]he industry and physicians have known for years that EHRs do not improve productivity and that it is highly questionable that EHRs lead to better patient outcomes.” He then poses the question, “So why is all this taxpayer debt being accrued by throwing borrowed money at the health care industry to drive EHR adoption, if the end users are so disenchanted?”

His answer may not please you.

The goal of EHRs is to wrestle control of health care away from the doctor-patient relationship into the hands of third parties who can then implement their policies by simply removing a button or an option in the EHR. If you can’t select a particular treatment option, for all intents and purposes the option doesn’t exist or the red tape to choose it is so painful that there is little incentive to “fight the system.”

Fair enough, but as we said, EHR is inevitable. So what should the beleaguered health care practitioner do? Back in February, 2009, technology writer Steve Lohr examined this issue and described the experiences of the Primary Care Information Project in New York City. Quite telling were the comments of team leader Dr. Farzad Mostashari: “There’s no way small practices can effectively implement electronic health records on their own. This is not the iPhone.”

The key is finding the right consultant. I recently spoke with Kirill Bensonoff, founding partner of ComputerSupport.com, a Framingham, MA based IT support and IT outsourcing company. While many smaller medical offices are deploying EHR via the Cloud—and Kirill’s company can certainly help clients with that—he also described a larger scale deployment of a popular EHR system. The client is a multi-speciality group, with several sites throughout New England.

Kirill continues: “This client has 70-80 physicians, with around 400 users of the system overall. We helped them to migrate to Allscripts Enterprise EHR. They host it themselves, with their servers in a data center. They have several sites through New England, and they pay for connectivity from each site to the data center .

As Kirill explains, his company helps its customers with…

Will EHRs prove to be the magic bullet? It all depends on whether the promised cost savings are actually realized, and are worth the treatment flexibility that will surely be lost.