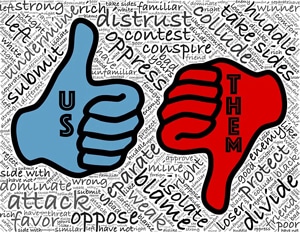 Once medical costs became mostly handled by third parties–a trend started in the 1970s–there has been tension between the payers (the health insurers) and the payees (the healthcare providers). That’s understandable, since each party desires to maximize its profits, and this is no different from any other economic transaction. Except, of course, that healthcare is highly regulated.

Patients want to receive the best care quickly, while cognizant of the co-pay hanging over their heads. But, what is the “best care”? In a recent case, a Boston woman was treated successfully for cervical cancer using proton beam radiation therapy at prestigious Massachusetts General Hospital. Wonderful! Only the health insurer refuses to pay for it, claiming that–according to the literature–such therapy shows no advantage over conventional radiation treatment.

Notably, the patient already had conventional radiation therapy, but the cancer spread, so her doctors recommended proton beam radiation therapy–and it worked. Would another round of conventional therapy have also done the trick? Who knows, and frankly, who cares? This patient did not sign on to a clinical trial, and is not part of some implied experiment. Besides, one of the key elements of the scientific method is observation. As such, citing published literature to disqualify an observation (the patient was cured with this therapy) is patently absurd.

If that were not bad enough, consider that the amount involved ($95,000) is likely far less than the ensuing litigation will cost. Thus, we have a classic conflict between the insurer and the provider, also involving the patient. There are also conflicts that don’t initially involve specific patient issues.

On July 31, The University of Alabama at Birmingham (UAB) Health System reached an eleventh-hour deal with UnitedHealthcare, although UAB had already prepared for the worst.

It’s good that the deal was made, but here’s your war of words: Before reaching an agreement, UAB Health System CEO Will Ferniany said that United “forced” UAB into the situation, adding that UAB had tried to make concessions to work with United but the insurance company refused to budge on their conditions. “We haven’t had these kinds of problems with any other provider but United,” he added.

Then there’s the ongoing battle between Boca Raton Regional Hospital and United HealthCare (UHC). You will note that there is not a whole lot of local love for UHC at the moment. “Who wants healthcare from someone who isn’t paid enough by your health insurance?”

In a similar case, Tennova Healthcare and UHC were fighting it out last March. Tennova claimed financial harm, and UHC said that the rate increase proposed was too much: “Tennova insisted on rate increases of nearly 20 percent over two years that would have made the average cost of care at its hospitals more expensive than all other hospitals in our network in the Knoxville market.”

This war of words can be more subtle. Virtually all hospitals and health insurers publish wellness-related content. UHC, having more members than any other company, produces a wealth of material. There are videos, and an assortment of newsletters and related content. UHC, and anyone else who understands the Web, realizes that content is king, and has always been king.

Writing the content is one thing, but getting it out there is something else again. Sure, anyone–including UHC–can produce the material and post it on its own site(s). What if you could syndicate it to a large number of other outlets? Welcome to the world of free premium content. The idea is to provide copyright-free, high-quality content for editors, ad directors, bloggers, and print and online publishers. The catch? The user must mention the sponsor (the entity that provided the content) at least once.

This might sound like a win-win situation, but consider the casual reader, who could easily miss the sponsor attribution. Thus, possibly non-neutral content will appear on supposedly neutral sites. Here’s one from UHC. Here’s another. And one more.

While the examples just cited are relatively benign, others could be proffered in which insurers attack hospitals, in a manner that blurs the distinction between news and opinion. This piece offered for republishing is somewhat less than kind toward hospitals.

There are two types of fake news: Pure fabrication and opinions masquerading as facts. We can’t improve healthcare by misleading the public.