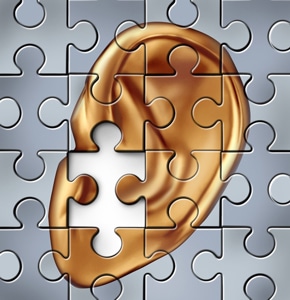 You’ve probably heard the statistic that healthcare is one-sixth of the US economy. Actually, at 17.8 percent of our gross domestic product, it’s a bit more than one-sixth. Related to this is the sad fact that we spend way more per capita on healthcare than any other country. Yet, the outcomes are far from stellar.

Over the years, this column has covered many aspects of the problem: From outright corruption, to Medicalization, to unethical research. And, we’ve also presented solutions.

In this piece we consider a superficially libertarian notion, whereby a particular medical device–heretofore available only via healthcare professional consult–would be sold directly to the consumer. We are referring to the Over-the-Counter Hearing Aid Act of 2017.

Proponents of OTC hearing aids argue that hearing loss affects 48 million Americans (including half of those in their seventies), but only a small fraction of these people actually use a hearing aid. Partial blame is placed on the way that hearing aids are regulated and sold. Among other things: “[H]earing aids are expensive, and Medicare and most private insurance plans do not cover the cost.”

Let’s step back for a moment. Here’s a condition that affects virtually half of the people on Medicare, yet the corrective devices are not covered? And, a “free-market” solution is offered by the Senate bill’s sponsor Elizabeth Warren (D-MA), not exactly revered as a champion of such economic approaches? One would think that a liberal such as Warren would instead be hounding the Centers for Medicare & Medicaid Services (CMS) to increase the benefits for hearing aids. Whatever happened to the Medicare Hearing Aid Coverage Act of 2015?

After all, any number of medical devices and therapies might be too expensive for some people. Is the magic solution now to make them all available over-the-counter? Oh, wait. Let’s not forget about various formerly OTC cold remedies that are now “behind-the-counter,” to prevent their direct abuse, or diversion into methamphetamine production. Perhaps easy access is not always the answer.

As with many medical conditions, the etiology of hearing loss is not trivial. As recently mentioned in Consumer Reports, Debara Tucci, M.D., professor of otolaryngology at the Duke University Medical Center cautioned that “You can have two people with identical audiograms who have very different functionality.”

According to Healthy Hearing, a leading audiology resource:

“Because hearing aids are such personalized marvels of technology, not every brand, style or technology level of hearing aid is suited for everyone. Even two people with the same hearing loss may end up with different hearing aids based on other selection criteria. This can make comparing and reviewing hearing aids difficult. It’s best to talk to your hearing healthcare provider about what options and features are ideal for you.”

The same source emphasizes that most modern hearing aids are digital and require professional fitting and programming by a hearing care practitioner. Many of these devices employ wireless technology, allowing two hearing aids (if needed) to operate in concert–much like the manner in which human ears function.

Consumer Reports also examined over-the-counter personal sound amplification products to see how well they worked. Consider their caveat: “As with a hearing aid, the effectiveness of a PSAP can vary depending on the product. So it’s best to have a professional hearing test first, and consider asking an audiologist or hearing-aid specialist for guidance in determining which device is right for you.”

Bear in mind that market-driven legit audiological solutions already exist–in terms of either non-profit/ability to pay centers, or those operated by Big Box retailers.

Would Senator Warren purchase an OTC hearing aid for her own use? Just asking.