HHS Is Way Off-Base On Styrene

HHS Is Way Off-Base On Styrene 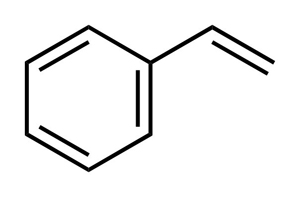 On June 10th, to the surprise of virtually no one—but to the dismay of many—the U.S. Department of Health and Human Services included the widely-used chemical styrene in its 12th Report on Carcinogens (RoC) as a substance that is “reasonably anticipated to be a human carcinogen.”

Styrene is utilized in the manufacturing of thousands of products, from food containers and packaging materials to cars, boats, computers, and video games. There are also critical medical applications, and a variety of safety products, including bicycle helmets and industrial hard hats. Estimates peg the American styrene industry at $28 billion, involving thousands of facilities and 128,000 jobs.

HHS describes the Report on Carcinogens as follows…

The RoC is a congressionally mandated, science-based public health document prepared by the National Toxicology Program (NTP) that identifies substances, mixtures of chemicals, or exposure circumstances that pose a cancer hazard to people living in the United States. The listings in the RoC identify substances as known or reasonably anticipated to be human carcinogens and include a wide range of substances, including metals, pesticides, drugs, fibers, biologicals and chemicals.

However, as you will soon discover, the Congressional mandate is a little spotty these days, and any claims regarding “science-based” are downright ludicrous.

Since its inception, approximately 250 substances have been reviewed by the NTP, and most have been listed. There have long been calls for the activities of the NTP to be more transparent, and during the second Bush administration, despite agency resistance, changes were instituted. As it happens, this new process played out as the current RoC was being developed, and styrene was the first major chemical to be considered under these new rubrics.

Unfortunately, many in industry, academia, and government believe that this process—at least as it applied to styrene—is still seriously flawed. Indeed, on May 11th, 63 members of the House of Representatives—47 Republicans and 16 Democrats—wrote HHS Secretary Kathleen Sebelius, asking her to delay the RoC listing of styrene pending a thorough review that weighs the full body of scientific evidence. Their efforts were in vain.

Flaws in the review process include the following:

While all of these issues are noteworthy, the rule change allowing NTP to ignore its own review panel might be the most troubling, and seems to be occurring with other environmental regulatory agencies. But then, how else can these agencies—accountable to no one—continue to pursue their dubious goals?

It is beyond the scope of this essay to detail the mounds of scientific evidence against the NTP’s decision, but I should cite the conclusion of a comprehensive review article published November, 2009 in the Journal of Occupational and Environmental Medicine, entitled “Epidemiologic Studies of Styrene and Cancer: A Review of the Literature.”

The available epidemiologic evidence does not support a causal relationship between styrene exposure and any type of human cancer.

The situation is egregious enough that interested parties in the styrene industry have filed suit against Secretary Sebelius and HHS to gain declaratory and injunctive relief. Quite frankly, it is most refreshing to see the affected parties fight back against powerful and yet absolutely clueless regulators.

The fear entrepreneurs are already piling on, including chemophobe princess Jennifer Sass of the inaptly-named Natural Resources Defense Council. (Which natural resources are they actually defending?) She maliciously conflates the fact that cinnamon naturally contains styrene into a scare that the compound is an “FDA-approved synthetic flavoring in ice cream and candy.”

Right, Jenny. The FDA approves adding pure styrene to ice cream and candy. Maybe NRDC’s minions will think about that one before they dutifully send in their checks.

I’ll close with the findings of BfR, the German Federal Institute for Risk Assessment, on this matter. You can rest assured that BfR is no great fan of the chemical industry, and is doubtless well loved by Ms. Sass…

Small amounts of cinnamon have been used for thousands of years as a spice without any reports of side effects…no harmful levels of styrene have been identified in the cinnamon powder.