High Level Disinfection Might Not Be Good Enough For Endoscopes 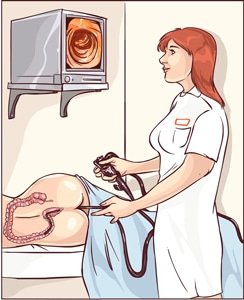 High Level Disinfection Might Not Be Good Enough For Endoscopes

This column has covered the so-called “processing” of endoscopes before. By way of background, three types of endoscopes are commonly used in hospitals: rigid, semi-rigid, and flexible. But the majority of controversy has been about flexible endoscopes—colonoscopes, duodenoscopes, gastroscopes, and sigmoidoscopes. The Association for the Advancement of Medical Instrumentation (AAMI) standard ST91:2015 (Flexible and semi-rigid endoscope processing in health care facilities) defines “processing” as: Process carried out on a device to allow its subsequent safe use, which can include cleaning, disinfection, sterilization, and related procedures.

As noted in a 2015 article, “Although the risk of endoscopy-related transmission of infection is estimated to be very low, more health care-associated infections are related to contaminated endoscopes than to any other medical device.” Given the well-publicized hospital infections and deaths that have resulted from faulty processing of these devices, the following quotes from infection control experts come as no surprise…

Michele Alfa, PhD: “A scope can be used anywhere from 300 to 1200 times a year. The question is, can we be guaranteed that the scope has been processed appropriately each of those times?”

Good question, Dr. Alfa. As it happens, a study, published in February addressed that very issue. In this effort, 20 endoscopes from a single surgi-center were assessed three times over a seven-month period. Rigorous and state-of-the-art processing methods were said to have been utilized. Such processing involved high-level disinfection (kills all microbial pathogens but not necessarily high numbers of bacterial spores).

The researchers found visual irregularities, such as discoloration, scratches, and channel debris, in all 20 endoscopes, usually on the distal ends of the devices. Additionally, 12 of the 20 reprocessed devices (60%) harbored microbes, and about 20% in each group exceeded post-cleaning benchmarks for ATP and protein residue (typical biochemical markers).

That paper and other findings were discussed at a September stakeholder meeting, arranged by AAMI. A few days later, a press release—quite frank in tone for an NGO—was posted entitled “Strong Evidence for Sterilization of Endoscopes Presented at Stakeholder Meeting.” An official with a leading sterilizer company was at the meeting, and he passed on a few observations…

“It was a significant meeting. There is a growing sense that the status quo is no longer adequate. Numerous researchers presented extensive field data that shows that high-level disinfection systems have zero margin for error. They then showed how almost all of the time there is some error—forgotten or skipped step; failure to follow instructions; perhaps features of the automated endoscope reprocessor that were disabled to save time. One researcher was very blunt that the priority for hospitals is processing efficiency, not patient safety.”

“Again, human error is a major problem with reprocessing, with one researcher reporting problems or mistakes with 100% of the reprocessing procedures that she observed in the field.”

I’ll give the last word to infection control guru and friend of this column Lawrence Muscarella, PhD:

“Sterilization, no matter how effective the technology, is not a replacement for thorough cleaning. Nor does it diminish the importance of designing the reusable instrument to assure access of a cleaning brush and detergent, and the sterilant to all potentially contaminated surfaces.”