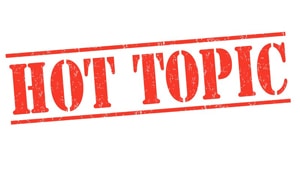 Even if it’s not cold where you are, I think these stories just might warm the cockles of your heart–or at least prove interesting…

An Alternative To Colonoscopies (at least for the diagnostics)?

According to the American Society for Gastrointestinal Endoscopy, colorectal cancer (aka colon cancer) is the second leading cause of cancer-related deaths in the United States (when men and women are combined). It is the third leading cause of cancer-related deaths when men and women are considered separately (behind lung and prostate cancer in men, and behind lung and breast cancer in women). The disease causes more than 50,000 deaths annually in the US.

The good news is that most cases can be prevented with proper screening, early detection, and removal of adenomatous polyps (precancerous polyps). Colonoscopy is considered the gold standard of colorectal cancer screening methods for its ability to view the entire colon and both detect and remove polyps during the same procedure.

Colonoscopies involve minor dietary changes a few days before the procedure, along with a somewhat aggressive “cleaning out the pipes” the day before. In fact, the success of the procedure is directly related to the efficacy of the preparation. The laxatives used these days are not as harsh as in the past, but some people will find the prep to be unpleasant.

That may be why compliance with colonoscopy (actually getting the test) is less than 40%, when compared with offering fecal occult blood testing as an alternative (69%). FOBT requires certain dietary limitations, and is a bit messy, although not invasive. But FOBT is not as accurate. Among other things, not all polyps bleed, and the blood could come from some other source.

Data from 2012 indicates that approximately two-thirds of the U.S. population aged 50–75 years were up-to-date with CRC screening in 2012. But, that leaves one-third who are not, estimated at around 23 million people.

Now we hear some exciting news from CellMax Life, a liquid biopsy company focused on cancer screening. They presented new findings at the ASCO Gastrointestinal Cancer Symposium, indicating that their blood test, based on proprietary its proprietary CMx™ platform, can detect pre-cancers (adenomas) with close to 90 percent accuracy. They call it FirstSightCRC ™.

Results of the study show that based on enumeration of pre-cancer cells, it is possible to accurately differentiate between healthy patients and those with pre-cancer. Further, an increase in cell count was significantly correlated with an increase in disease severity.

“Colon cancer screening is essential to detect and remove pre-cancer polyps,” said Dr. Shai Friedland, of the Stanford University Medical Center. “These results are very exciting, as for the first time my patients who are reluctant to undergo a colonoscopy may have a highly sensitive non-invasive testing option for pre-cancer.” Friedland is the lead principal investigator on the Zenith study, seeking FDA approval for the test.

CBD And The FDA

As covered in this column, in June, 2018, the FDA approved Epidiolex (CBD oral solution) for the treatment of seizures associated with two rare and severe forms of epilepsy, Lennox-Gastaut syndrome and Dravet syndrome, in patients two years of age and older. However, CBD is a natural product–definitively not a proprietary product–and as such has already been famously used to treat seizures.

But, the FDA must be the FDA, and since GW Pharmaceuticals, the manufacturers of Epidiolex, did run the requisite clinical trials, they earned that coveted FDA approval. The approval gives them the sole right to make therapeutic claims–even though generic CBD has already been used for the same indications. True, GW’s formulation is a bit purer, in that it only has 0.1% THC, as opposed to the allowable level of 0.3%, but this is a dubious distinction.

For one thing, the man behind the 0.3% THC level, Dr. Ernest Small, has disavowed its legitimacy. For another, some research indicates that whole plant-derived CBD vs. “purified” CBD might be more effective.

Then, there’s the matter of cost. Epidiolex is said to cost $32,500 per year. Do you really think that insurance companies are going to support this, with generics available at a fraction of the cost? Heck, they would probably pay for their own clinical trials.

This should be interesting.