Hypothyroidism: Easy To Test For, But Often Not Diagnosed

Hypothyroidism: Easy To Test For, But Often Not Diagnosed 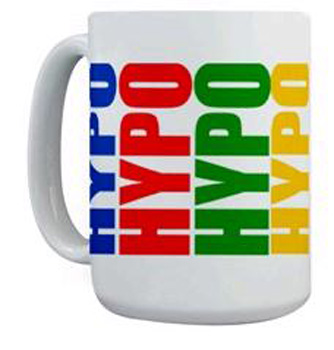 In a widely cited paper from 2000, entitled “The Colorado Thyroid Disease Prevalence Study,” published in the Archives of Internal Medicine, the authors estimated that there may be in excess of 13 million cases of undetected thyroid gland failure nationwide.

[Full disclosure: The study was funded by Knoll Pharmaceutical Company, manufacturers of Synthroid, a popular drug for the treatment of hypothyroidism.]

The thyroid gland is often described as butterfly-shaped, and it is located at the base of the front of your neck, below the Adam’s apple. Three hormones are produced by the thyroid: thyroxine (T4), triiodothyronine (T3), and calcitonin. T4 and T3 regulate many aspects of metabolism, and calcitonin is one factor in regulating blood calcium levels.

Control of T4 and T3 levels begins in the hypothalamus (at the base of the brain), which signals the pituitary gland to secrete thyroid-stimulating hormone (TSH). The amount of TSH produced is a function of the T4 and T3 levels already in the blood. Thus, production of T4 and T3 in the thyroid is controlled by the amount of TSH received. T4 is the predominant thyroid hormone in the blood—usually by a ratio of about 20:1—and T3 differs from T4 only in that it contains one less iodine atom per molecule (three instead of four).

T3 is produced from T4 in the cell by deiodinase enzymes.

There are numerous reasons why someone might have too low a level of T4, but one of the historically most common—a diet deficient in iodine—has been eliminated in most developed countries with the use of iodized table salt. One cause of goiter (enlargement of the thyroid gland) is iodine deficiency, whereby the thyroid cannot produce enough T4 and T3, and enlarges is response to excess stimulation from the pituitary.

The medical literature lists a host of symptoms of hypothyroidism…

Of course, these symptoms could also result from a condition completely unrelated to hypothyroidism. Most hypothyroid patients will experience several of these symptoms, although some may report a single one as their chief complaint.

Complicating matters is the problem that clinical manifestation of hypothyroid symptoms does not necessarily correlate in a linear way with lab results for T4, T3, and TSH. Inasmuch as “normal” blood titers for these hormones can cover a wide range, and a patient may present within this range, he still may not feel well as the levels are not normal for him.

Indeed, the goal of therapy is to cure the patient, not just improve the hormone blood titers!

Hypothyroidism is most often treated with a single daily dose of a synthetic T4 pill. Clearly, dosage is important as too little T4 will not alleviate symptoms, and too much could cause increased appetite, insomnia, heart palpitations, and shakiness. Recent studies also suggest that too much T4 can activate increased calcium loss from bone, setting the patient up for osteoporosis. Most patients will notice decreased symptoms within four weeks.

Typically, TSH and sometimes T4 and T3 are monitored frequently when a patient is first put on this therapy, and the levels are examined at least annually afterward.

While most patients tolerate synthetic T4 therapy quite well, various medications, supplements, and certain foods can affect the body’s ability to absorb the hormone. A few of these include:

The main alternative therapy is the use of a natural thyroid extract—known as desiccated porcine (pig) thyroid gland or Armour Thyroid. Before the advent of synthetic thyroid, this was the only drug available, and although it offers both T4 and T3, the ratios are not necessarily consistent from one batch to the next. Still, some patients do feel better on the natural drug, probably because of an impaired ability to convert T4 to T3. Recently, a synthetic T4/T3 combination has become available, but it is more expensive than the usual synthetic T4 drugs.

Some glandular concentrates are available in health food stores, but they are not regulated by the FDA.