Improve Your Health In The Great Outdoors 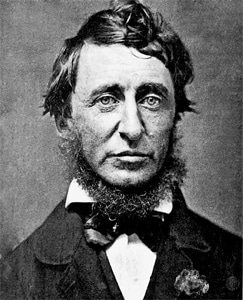 Improve Your Health In The Great Outdoors

Most folks would agree that we spend more time indoors these days than ever before. Surveys indicate that for Americans, the number is around 90 percent. Another figure often quoted is that a child living in an industrialized country might spend ten times as long watching television or on the computer as they do playing outside.

“Every child should have mud pies, grasshoppers, water bugs, tadpoles, frogs, mud turtles, elderberries, wild strawberries, acorns, chestnuts, trees to climb. Brooks to wade, water lilies, woodchucks, bats, bees, butterflies, various animals to pet, hay fields, pine cones, rocks to roll, sand, snakes, huckleberries, and hornets; and any child who has been deprived of these has been deprived of the best part of education.”

While Burbank was surely onto something, he may not have realized that being cooped up could have worse consequences than not knowing that “huckleberry” is more than the name of a fictional character. There also seem to be health effects.

For starters, rickets—that childhood bone disease of yesteryear—is making a comeback. The classic 19th century victim was an exploited child laborer, stuck inside, and fed poorly to boot. With the advent of child labor laws, the kids were able to play outside, got more sunlight and thus more vitamin D, and the disease vanished.

These days, children are staying inside by choice, might have deficient diets, and might protect themselves from the sun a bit too much when they do venture out. Some infants are even showing symptoms of rickets, owing to the lack of vitamin D in breast milk and overzealous covering-up by their parents.

And, then there’s myopia, or nearsightedness. Researchers have noted the steady increase of myopia in recent decades. Fully one-third of American adults have the condition. In Asia, the percentage is higher. Although many factors affect visual acuity, some studies suggest a link between myopia and limited time spent outdoors during childhood.

Experts believe that exposure to natural light is important for proper eye growth and development. Consider that a sunny day can deliver from 28,000 to 130,000 lux (light intensity), compared to a typical indoor value of under 1,000 lux. Researchers have even been able to induce myopia in animals, by outfitting them with light-limiting goggles.

In his book Last Child in the Woods Author Richard Louv coined the term “nature-deficit disorder,” to signify the gap between kids and nature—and the consequences. As he puts it, “A growing body of research links more time in nature—or in home, work or hospital environments enhanced through nature-based design—with reduction of stress and depression, faster healing time and less need for pain medication.”

Sounds great, but are there ways to make your outdoor experience a bit more comfortable? One company doing just that is Enerco Group, with its BaseCamp™ and Mr Heater® brand products. The latest news is that Enerco will be marketing an exclusive line from OdorNo, makers of odor-barrier bags.

I caught up with Enerco product manager Corey Wilson, who told me that:

BaseCamp customers are as diverse as our product offering. We make products for ice fishing, hunting, camping, overlanding and more. One thing our customers have in common is that they choose to spend their extra time and money on the pursuit of outdoor adventures. Understanding this allows us to design products that allow them to experience more, stay out longer, and return home safely.

We are actively working to make sure that our products as well as our manufacturing operations do as little environmental harm as possible, and practice leave no trace principles. We as a company are committed to leaving this planet in a better condition than the way we found it.

Let’s close with a quote from Henry David Thoreau’s Walden:

“I would rather sit on a pumpkin and have it all to myself than be crowded on a velvet cushion. I would rather ride on earth in an ox cart, with a free circulation, than go to heaven in the fancy car of an excursion train and breathe a malaria all the way.”