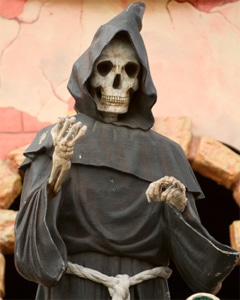 Here we are, less than a month away from what was supposed to be a major deadline for the Affordable Care Act (Obamacare). But, notwithstanding that pesky bit from Article II, Section 3 of the Constitution which states that “he [the president] shall take care that the laws be faithfully executed,” virtually all of the important items scheduled to commence on October 1, 2013 have been delayed.

The employer mandate for health insurance has been delayed until 2015, and the individual mandate is under attack in the House, and may eventually be delayed, as well. These mandates are at the very heart of the ACA, and are based on the quite absurd notion that lack of universal insurance coverage is the biggest problem facing American health care. If only…

The biggest problem facing American health care is that we are paying drastically more than any other country in the world for our care, but our outcomes on average are markedly inferior. The single most important reason for this pathetic state of affairs is that our system hugely favors procedural and acute medicine over cognitive and preventive medicine. Not surprisingly, infection control is a stepchild, even though there are at least 1.7 million healthcare-associated infections each year in the US, causing 99,000 deaths. Nearly all of these are preventable.

Let’s take a look at some recent infection control breaches, courtesy of Lawrence F. Muscarella, PhD–a world class authority in the field, and friend of this column.

Yes, this took place in Canada, but make no mistake, similar incidents have occurred here in the US of A. I present this as a cautionary tale.

A few weeks ago, it was reported that “2,497 current and former patients who underwent biopsies in the Miramichi Regional Hospital’s colposcopy clinic may be at risk of HIV and other infections because standard sterilizing procedures weren’t followed over a 14-year period.” Colposcopy is a diagnostic procedure in which lady parts undergo examination, often as a follow-up to abnormal Pap results.

It would soon be revealed that forceps used during these tests–between May 1999 and May 24, 2013–were not always sterilized in accordance with the best practices. In some cases, they were only high-level disinfected. Sterilization is a process whereby all microorganisms, including bacterial endospores are destroyed. High-level disinfection (HLD) is a process whereby all pathogenic microorganisms, including some types of (but not all) bacterial endospores are destroyed.

An instrument is considered “critical” if penetrates sterile tissue, enters the vasculature, or contacts the patient’s blood. Sterilization is used primarily to prevent reusable critical instruments from transmitting disease during their reuse. Notably, forceps are considered critical. Thus, they must always be sterilized before use. HLD is not intended for critical instruments.

So, what happened? Prior to May, 1999, there were enough forceps on hand to assure that only those sterilized the night before would be utilized. At some point after that, though, there were not enough sterilized forceps to cover all the day’s cases, so HLD was performed during the day. That’s right, some genius decided to save a little money by not purchasing more forceps. Will this person be held accountable? Of course not.

The matter of accountability lets us segue to our second story…

Last year, a hepatitis C outbreak was reported at the cardiac lab of Exeter Hospital, and was traced to a drug-addicted technologist, David Kwiatkowski. He admitted stealing painkiller syringes from hospitals where he worked and replacing them with saline-filled syringes tainted with his blood.

Forty-six people in four states in hospitals where Kwiatkowski worked have been diagnosed with the same strain of hep C he carries: 32 patients in New Hampshire, seven in Maryland, six in Kansas, and one in Pennsylvania. A nurse co-worker of his was suspected as an accomplice and was investigated, but the matter was dropped. She was later fired.

Kwiatkowski will spend 30-40 years in prison. But, someone hired this gem, despite an astonishingly poor work record replete with allegations of drug use and theft.

Cold comfort that it takes a plaintiff’s attorney to inject some common sense into this situation. Mark Abramson represents twelve patients suing the hospital and others. He told the media: “Everyone’s been pointing at Kwiatkowski, and to some extent they should, but what Exeter Hospital is trying to do is hide behind Kwiatkowski and point the finger at him. That does not absolve them of their responsibility, because no matter how bad of a jerk Kwiatkowski is, the truth of the matter is, it never should’ve gotten to this point.”

Maybe the guy who hired Kwiatkowski was also in charge of buying forceps at Miramichi Regional. But, no worries. All the victims in both stories were covered by insurance.