When Institutions Fail, Whom Will You Call? 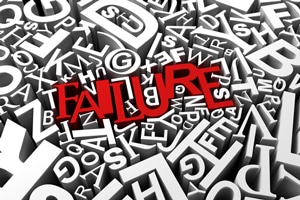 When Institutions Fail, Whom Will You Call?

While skyrocketing costs tend to dominate news coverage, most healthcare consumers are also aware of disturbing—and continuing—issues regarding prescription drugs, medical devices, and infection control breaches. Whatever happened to primum non nocere (first, do no harm)? To be sure, learned sources admonish us that harmless medicine is not realistic, or even possible. But many people regard such equivocation as far too self-serving.

Notwithstanding the expensive and arduous process to obtain FDA approval for a drug, there is an alarming list of such meds being withdrawn from the market. And, as we have discussed earlier, some conditions, such as type 2 diabetes, seem to encourage the development and introduction of ill-fated drugs.

Where (other than too little, too late) was the FDA in the ongoing matter of deadly CRE (Carbapenem-resistant Enterobacteriaceae) infections, derived from ERCP (Endoscopic retrograde cholangiopancreatography) procedures? And, as if that weren’t bad enough, there is also the equally deadly threat of non-tuberculosis mycobacteria (NTM) infection, derived from so-called heater-cooler devices (HCD). These machines regulate body temperature during certain heart and lung operations, via circulation of water in tubes. However, the HCD is capable of aerosolizing the mycobacteria (often present in water), thus spraying it directly into the chest cavity during surgery.

Infection control guru and friend of this column, Lawrence Muscarella, PhD has covered the HCD matter in great detail. Here are a few key points…

No one type of bacteria or heater-cooler model used during cardiothoracic surgery is responsible for this problem, even though that seems to be the narrative. “These heater-coolers are being used all over the country. There are literally tens of thousands of people at risk now of having been exposed to mycobacteria and Legionella.”

With regard to the mycobacteria, because M. chimaera is slow-growing, infected patients may not display symptoms until several months, or years, after exposure. Symptoms of infection include fever, pain, redness, and pus around the surgical incision.

The incidence of these devices infecting patients with deadly bacteria is significantly higher than federal and state regulators have publicly recognized. More than 1 million “at risk” patients would be notified if the CDC were to revise its recommendation to include all patients who underwent open-heart (open-chest) surgery in the U.S. since 2011 using any heater-cooler device (not just the emphasized Sorin 3T model).

So, as Yogi Berra said, “It’s deja vu all over again.” ERCP and HCD both involve devices that were not properly validated; involve deadly pathogens (up to 50% fatality rate); and have both CDC and FDA slow-walking the process, and not adequately informing the public. Yet, no matter how grievous the situation, these supervising agencies are never held accountable. Instead, in the face of epic failures, they portray themselves are mere soulless, academic data clearinghouses.

Given the shoddy record of the institutions that are supposed to be protecting the public, and the apparent lack of oversight and outcry, readers may well ask where they should turn. Not surprisingly, the answer is the legal system. Specifically, there are advocates who specialize in this field. Take, for instance, the efforts of the McEwen Law Firm: A group that strives to help victims of various injuries, due to everything from post-surgical errors to harmful drug side effects to faulty medical devices.

Bear in mind that the very nature of such litigation requires significant experience and know-how. At the very least, expert testimony will be required. Notably, such experts will have to convince the court to question long-held, and carefully nurtured “medical truths.” Of course, it doesn’t help that such “truths” are often the product of articles in medical journals, ghostwritten by agents of Big Pharma (aka “checkbook science”), and then published under the name of some well-known—and well-compensated—physician.

As the American public has been discovering during the presidential campaign, far too much control of so many things rests in the hands of an elite establishment. Fortunately, we have recourse to advocates.