Invisible No More: A Journey Through Microscopy

Invisible No More: A Journey Through Microscopy 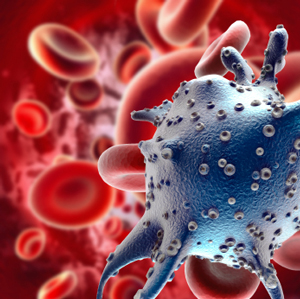 English philosopher/scientist/inventor Roger Bacon is said to have been the first person to record a reference (in 1267) to the magnifying properties of lenses. In 1538, a somewhat less famous individual–pioneering Italian physician, poet, astronomer, and geologist Girolamo Fracastoro—wrote in Homocentrica, “If anyone should look through two spectacle glasses, one being superimposed on the other, he will see everything much larger.”

I call him “pioneering” since he proposed a scientific germ theory of disease more than 300 years before it was demonstrated empirically by Louis Pasteur and Robert Koch.

The notion that our eyes are limited with respect to their ability to resolve tiny objects must go back to the very first rational hominid, who spent but a moment staring at any item in close proximity. The smallest object our eyes can discern is about 0.1 mm (ca. 4/1000 inch). As such, on a good day, some of us can see such things as a human egg and a paramecium—minus any detail, of course.

Which brings us to the subject of microscopes, and their role in scientific progress. In 1590, a trio of Dutch spectacle makers—Hans Jansen, his son Zacharias Jansen, and Hans Lippershey—invented the first compound microscope (so-called because it employs an eyepiece and an objective lens). In 1665, English naturalist Robert Hooke published his famed Micrographia, in which magnified views of a variety of objects were presented. In this work, he first used the term “cell.”

At about the same time, but using a single lens scope, Antonie van Leeuwenhoek would delve into what would become known as microbiology. To this day, his microscopes are renowned for their craftsmanship, and some of them could resolve less than 0.001 mm.

Improvements in optical microscopes would continue, and toward the end of the 1700s, the knotty problem of chromatic aberration—in which different wavelengths of light do not come to the same focus—would just about be solved. Design enhancements would continue into the 1800s, and by the end of the 19th century, the effective limits of optical microscopy had been reached.

The most basic limitation of a conventional optical microscope derives from its use of visible light, and its inherent diffraction limits. As such, the smallest object that can be seen is around 200 nanometers, because the light waves just move past anything smaller without being affected. The analogy is often made to watching waves on the beach wash over tiny pebbles. The net result is that a light microscope maxes out at about 1000 times magnification.

There are various techniques that can improve this, including oil immersion whereby the refractive index is increased from that of air; and ultraviolet microscopy, in which much shorter wavelengths afford increased magnification. But, even shorter wavelengths are available if one employs an electron beam instead. For those keeping score at home, electrons accelerated by 60 kilovolts would show an effective wavelength 100,000 times smaller than that of green light.

A few years after the first commercial electron microscope was produced in 1939, magazines and textbooks of all descriptions were filled with fantastic images of bacteria, viruses, and otherworldly portrayals of insects, arachnids and their parasites.

As with any powerful tool, though, there are also some disadvantages to electron microscopy. The method requires operation in a vacuum; often subjects samples to destructive metal or carbon coating treatments; and can create only two-dimensional images. Fortunately, technology moves ever forward, and in 1989, the first commercial Atomic Force Microscope (AFM) was introduced by Park Scientific Instruments—later to become Park Systems Corporation, headquartered in South Korea.

You can think of AFM as similar to a record player tone arm and its needle, which scans the surface of a vinyl disc, eventually translating that into audio. In an AFM, a specialized probe scans the surface of interest in three dimensions—originally via a piezoelectric tube. An image is produced from the scan data. Resolution allows one to view down to the level of atoms.

I recently spoke with Keibock Lee, president of Santa Clara, CA based Park Systems Inc. Keibock elaborated on two of his company’s products:

“Our Model NX10 AFM is unique in employing true non-contact methodology, leading to a much longer probe life, and less damage to the sample. With this system, besides getting a 3-D image of the sample, you can also obtain other measurements for the locations scanned such as temperature, conductivity, and capacitance—important in pharmaceutical research.”

“Studies are ongoing, using the NX10 in which the elasticity of a cell membrane can be measured with great accuracy. It is known that this elasticity varies between normal cells and cancer cells. Quick and accurate screening methods could be developed. Some call this the Holy Grail of AFM.”