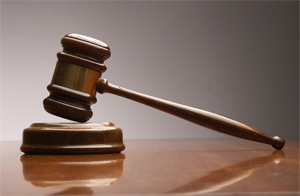 One particular characteristic seems to apply to virtually the entire human race. We see ourselves as basically doing good, yet are often misunderstood and not appreciated for our endeavors.

Perhaps there was a time when the little guy was getting screwed by the system, and a fearless, crusading attorney would take up the cause. But, if these examples still exist, they are more than overshadowed by such travesties as the absurd case against Dow Corning, regarding silicone breast implants.

Despite a mountain of scientific evidence showing that the implants did not cause the conditions attributed to them by plaintiffs, and despite findings for the defendant in numerous related cases, in July, 1998, Dow Corning agreed to a $3.2 billion settlement. Yet, by November, 2006, silicone breast implants were back on the market—with full FDA approval.

The plaintiff’s bar will hold that their action made the products safer—but at what cost? Wouldn’t a more rational approach have been to represent women who really were harmed, rather than accumulate a gigantic and unworkable class? Shouldn’t there be some sense of proportion?

Which brings us to the strange case of Vinnie Lavender, by and through her Conservator, Wanda Baker, Walter Simon; Jacquelyn Vilchinsky vs. Skilled Healthcare Group, Inc., et al. (and 22 individually-named California nursing facilities receiving administrative services from Skilled Healthcare, LLC).

This case essentially comes down to plaintiff’s attorneys trolling for something actionable, and striking gold by invoking California Health and Safety Code Section 1276.5. Within this section is the provision that “[T]he minimum number of actual nursing hours per patient (per day) required in a skilled nursing facility shall be 3.2 hours…”

What resulted was a verdict handed down on July 6th, finding for the plaintiffs to the tune of $671 million—which, if left unchanged, would very likely bring down the entire company. The “good news”—relatively speaking—is that The Humboldt County (CA) District Attorney’s Office and lawyers for both sides signed a stipulation and order to move to mediation, that could lead to a settlement.

By all accounts, the six-month trial was rancorous. Among other things, defendant’s counsel filed a motion to remove trial judge Bruce Watson, on the basis of his bias against the defendants and their attorneys. Another point is that the logical entity to have examined the allegations should have been the California Department of Health Services, itself.

More than that, the documents used to calculate the number of hours per patient per day were claimed to be inaccurate, and the question was raised as to why all facilities owned by Skilled Healthcare should be penalized for the alleged actions of only a handful. Of course, their inclusion would raise the ultimate payout, as did the artificial number of plaintiffs in the class.

The class was created by the plaintiff’s attorneys running extensive newspaper ads. As the case progressed, the Court ordered the defendants to provide the names and addresses of their current and former residents to the plaintiffs. From this, a letter was sent to each resident who received care at a defendant facility during the six-year class period.

Notably, each resident who did not respond to the letter was automatically counted as a class member regardless of the person’s experience with the facility. Thus, the class was expanded to 32,000 members, with the bitter irony that many members who had positive experiences with Skilled Healthcare were unaware that they were included. Furthermore, no harm against any patient was ever alleged.

Consider these disturbing findings, in the wake of the verdict:

James Gomez, CEO/President of the California Association of Health Facilities, commented as follows:

The July 6, 2010 verdict against Skilled Healthcare Group Inc. and subsidiary Skilled Healthcare LLC is outlandish, excessive, and extreme. The $671 million award of damages is disproportionate to the facts of the case. It’s a by-product of a series of unprecedented and erroneous rulings of law by the trial judge, and a jury that applied the flawed rulings to the maximum extent. These maximum damages were applied over a six year period to every patient in the 22 skilled nursing facilities, regardless of whether they were named in the complaint. More importantly, the allegations specifically excluded any assertion of harm.

If this verdict is allowed to stand, it will likely result in bankruptcy to a company that is widely regarded as a good provider of skilled nursing care in California and elsewhere. Facility closures, the loss of thousands of local jobs and ultimately the denial of care to thousands of individuals who are chronically ill will inevitably occur.

Given the award of damages and the costs of a bond to support an appeal, Skilled Healthcare’s right to appeal may have been practically eliminated and tragically, so has its right to receive equal justice under the law.

I anxiously await to hear from the plaintiff’s bar as to how this case has improved public health and safety.