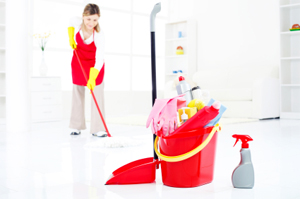 Just how clean is clean enough? For most of human history, cleanliness was a macro sort of thing. If the object in question looked clean (free from any stain or contamination) and smelled “clean” (admittedly, that is subjective), people assumed that it was clean. By the mid 19th century, however, things were to change.

Physicians Ignaz P. Semmelweis and John Snow, along with scientists Louis Pasteur and Rudolf Virchow established the foundations of germ theory, which was finally proven in 1876 by Robert Koch. Now, cleanliness would cross over from macro into micro.

Lack of micro-level cleanliness would also be the undoing of many a criminal offender. In one of the earliest such cases, upholsterer’s assistant Johnny Fiorenza was convicted of the 1936 murder of writer Nancy Titterton in Manhattan. Microscopic examination of a single horse hair (used as a stuffing material) and identification of a type of twine used to bind the victim, were key to the prosecution.

Moving closer to the present, in the late 1970s scientist L.H. Sampson worked with highly sophisticated—and very sensitive—optical equipment. These devices had to be kept completely free of dust and dirt, so Sampson utilized the standard cleaners, based on chlorofluorocarbons (CFCs).

But, there were problems. For one thing, the government was trying to eliminate CFCs from the environment, and, as Sampson related in a 1991 interview, the standard cleaners also emitted a “nasty smell, and [produced] residues that may be dangerous to breathing or, worse yet, may cause a flash fire.” For another, these cleaners would gradually destroy the lens coating.

Dr. Sampson had to find something better. He soon developed an organic enzyme-based cleaner, which was non-toxic, and left no residue. By any measure, it was also Green. The product was kept as an “in-house goody” (as he called it) for a number of years before Sampson commercialized it as Ultratech.

Perhaps the most rigorous test and greatest initial success of Ultratech was its use in Operations Desert Storm and Desert Shield. During the Gulf War, Ultratech was used to clean and protect the multi-coated optics and lasers aboard Apache attack helicopters and Abrams tanks (among others) from the harsh desert environment.

Sampson would continue to improve Ultratech, and expand its applications, which grew to include aerospace, prior to his death in 2000. In 2005, his company was acquired by Pasadena, CA-based Origin Laboratories, LLC.

Origin has continued developing Sampson’s formulations, and offers them under the name Purosol®. By far, the biggest application is for the cleaning of LCD and plasma displays. The company also sells products for jewelry, optical, and sport/marine applications.

D’Antoni warns that an expensive plasma TV or the screen of a laptop can be permanently damaged with even a single application of an inappropriate cleaner. He told me about a hotel in which all the TVs on an entire floor were destroyed when the housekeeping staff cleaned them—once—with the wrong stuff.

He notes that typical screen cleaning products can contain one or more of these elements: A solvent, a detergent, and salts, cellulose, or silicones. Any of these can leave a residue, and might also be toxic and harmful to the environment.

In contrast, his products first break the static attraction between the optical surface and the dirt; second, plant extracts digest the oils, leaving no residue. D’Antoni explains that there is a delicate balance between the surfactants of the first process and the enzymatic action of the second.

As such, the product is manufactured in a pharmaceutical grade clean room, and in small batches.

Given the proliferation of touchscreen-based smart phones, tablet computing devices, flat screen televisions, and laptop computers, it’s nice to know that achieving “clean” has not only caught up with the technology, but it can be environmentally-friendly, as well.