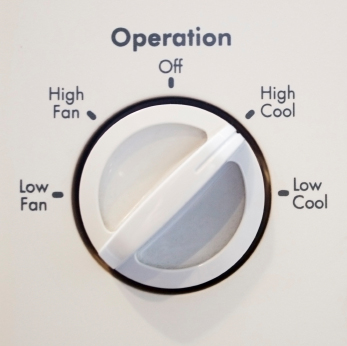 As we head into summer, I’m betting that most days you will completely overlook a technological marvel, that has changed the way we live—at least as much as the advent of microcomputers and the Internet. In fact, it is so much a part of our daily lives, that we truly take it for granted. We shouldn’t.

I am talking about air conditioning. Without it, the American South and West would likely be economically backward and politically insignificant. Indeed, the proliferation of air conditioning continues to revolutionize travel, construction, medicine, architecture, entertainment, education, and politics.

Though maligned by some extremists for increasing global warming, itself a “hotly” contested issue without conclusive scientific proof, air conditioning is at the very heart of modern life. Without it, our economy would collapse while at the same time dissolving the influence of states like Arizona, Texas, the Carolinas, Georgia, Florida, Virginia, Tennessee, and California, to name just a few. Consider air conditioning a great triumph of engineering.

Until the nineteenth century, engineers concerned themselves almost exclusively with heating our homes and workplaces. Ameliorating the summer heat and humidity was considered secondary, at best. True enough, architecture, manual fans, and cultural practices helped men and women deal with the heat, while protection from the cold was a basic survival issue since the dawn of man.

In the mid-nineteenth century, however, Florida physician John Gorrie advocated the use of cool air to treat his malaria patients. The patient rooms were provided with a basin of ice suspended from the ceiling. As cool air is heavier, it tends to flow downward, and a primitive form of air conditioning was thus invented. The problem, of course, was that ice itself was hard to come by back then, being brought by boat from northern climes. As such, Gorrie became interested in developing means to create ice artificially, and was granted a patent in 1851 for his ice-making machine.

Unfortunately, he could never raise the money to commercialize his ideas, and he died broke, as well as the object of ridicule.

In the years following, engineers experimented with electric fans and other ventilation systems designed to cool the air, but it was Willis Carrier—a Buffalo, New York inventor—who created a way to control the humidity of a room as well as its temperature.

In 1902, he installed the first industrial air conditioner in a Brooklyn printing facility, so plagued with summer humidity that the ink wouldn’t dry on its jobs. The tobacco industry similarly used air conditioning to limit the moisture in the leaves, and the textile industry found that raising the humidity in its factories kept threads from becoming brittle and breaking in the machinery. Scientists also proved that cooler temperatures and less humidity increase worker productivity.

The air conditioning revolution accelerated after World War II as inexpensive, mass-produced room air conditioners hit the market. It would be the mid-1960’s before factory a/c became common in automobiles, although there was an aftermarket for car a/c by the 1950’s, that often featured big units capable of producing Arctic conditions in your vehicle. Nowadays, virtually all cars come equipped with air conditioning.

Should all this seem merely self-indulgent and destructive to the environment, note that the agricultural industry has gotten on board: Many farming tractor cabs and several types of heavy construction equipment are air conditioned. With more comfortable and thus more productive workers, more crops can be cultivated, and food can be better distributed and stored throughout this country and the rest of the world.

Then, there are the cultural geography aspects, stemming from the simple notion that hot weather slows people down. Some scholars even claim that high temperatures, in the absence of air conditioning, perpetuated slavery. A. Cash Koeniger argues that the long, hot summers influenced the development of the unique laid back Southern agrarian culture. Compare this to the sense of urgency that characterized northerners who worked hard to plant and harvest their crops during short summer seasons.

Air conditioning brought people indoors, democratizing labor. At the same time, comfort in the hot seasons was no longer limited to a landed gentry that never toiled in the fields, nor to their northern counterparts who could escape the cities for cooler resorts.

The spread of air conditioning is a commonly ignored reasons behind the transformation of America and the taming of the wilderness. As summer approaches, take a moment to reflect on these issues—in an air conditioned room!