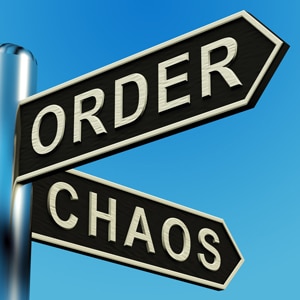 Our friends at Merriam-Webster define “clutter” as “a mass of disorderly or distracting objects or details.” Given our fast-paced world, most of us face some amount of clutter every day. Usually, we can get it under control. Extreme cases, of course, manifest in what we now call “hoarding.” According to the Anxiety and Depression Association of America, “Hoarding is the persistent difficulty discarding or parting with possessions, regardless of their actual value. The behavior usually has deleterious effects—emotional, physical, social, financial, and even legal—for a hoarder and family members.”

“Hoarding is not the same as collecting. In general, collectors have a sense of pride about their possessions and they experience joy in displaying and talking about them. They usually keep their collection organized, feel satisfaction when adding to it, and budget their time and money. Those who hoard usually experience embarrassment about their possessions and feel uncomfortable when others see them. They have clutter, often at the expense of livable space, feel sad or ashamed after acquiring additional items, and they are often in debt.”

Clutter expert and organizational consultant Peter Walsh identifies two types of clutter: “Memory” clutter is stuff that reminds us of important events, like old school programs or newspaper clippings. “Someday” clutter refers to items you won’t toss because you feel you might need them someday.

Walsh was among the first to link clutter and health with his 2008 book Does This Clutter Make My Butt Look Fat? Walsh observed that once his clients got rid of clutter and became more organized: “Changing their relationship to their stuff became the first step in a larger process of adjusting the other relationships in their lives.” Over-consumption of stuff leads to household clutter; and this is not so terribly different from over-consumption of food, is it?

As he puts it, “When you’ve collected too much of anything, including fat, you can’t get rid of it without facing the underlying issues.” Amusingly, he includes collections of diet books as “adding to our already increasing weight—both on our bookshelves and on our hips! More diet books, more weight—a paradox.”

** Clutter constantly signals to our brains that our work is never done.

** Clutter inhibits creativity and productivity by invading the open spaces that allow most people to think, brainstorm, and problem solve.

** Clutter makes it more difficult to relax, both physically and mentally.

So, we get it. We have to eliminate clutter. However, there will always be stuff we need to retain, both perishable and non-perishable. Which brings us to the world of home storage and organizational products. One company with a full range of products is Stor-All Solutions, a division of Misco Home and Garden.

I recently caught up with Alex Missry, COO, who is excited about the company’s Press N’ Click™ food storage containers, introduced last year, featuring the patented One-Touch Press mechanism, to create an air and watertight seal. He noted that such food storage can be critical in the event of such events as earthquakes, hurricanes, or blizzards. According to Alex…

“When it comes to food storage, nothing is more important than maintaining freshness with airtight and watertight containers. There can be no sacrifice of that ideal, no compromise of that promise, because people depend on the preservation of this very food that will enable them to survive during the days—sometimes up to a week—following natural disasters.”

Less dramatically, you can keep leftovers fresh, and organize your life. Clutter be gone!