Listening To Other Voices On COVID-19 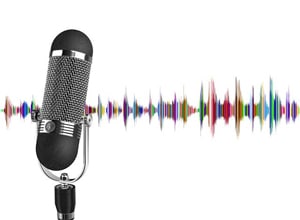 Listening To Other Voices On COVID-19

Back in April, we reported on a few early analyses of the situation, including the astonishing findings of Professor Yitzhak Ben Israel of Tel Aviv University who plotted the rates of new coronavirus infections of the U.S., U.K., Sweden, Italy, Israel, Switzerland, France, Germany, and Spain. As it happens, irrespective of whether the country quarantined like Israel, or went about business as usual like Sweden, coronavirus peaked and subsided in exactly the same way.

Somewhat later in the game, the drug hydroxychloroquine, which had been touted since virtually the beginning of the pandemic by a variety of doctors—along with President Trump—was then mercilessly attacked. In a blatant political move, the FDA revoked its Emergency Use Authorization for Chloroquine and Hydroxychloroquine (HCQ). While some critics blamed Big Pharma for attempting to suppress the use of an inexpensive generic drug, in the hopes of hitting the jackpot with the antiviral Remdesivir or a vaccine, an alternative explanation can be proffered. I leave it to you to judge which one is more sinister.

There are five phases of clinical trials, which apply to the FDA drug approval process. In most cases, four of these phases—Phases 0 through III—are required before a drug is released to be used by the general public. HCQ was approved decades ago, albeit for indications other than treating COVID-19. But, there had been reasons to believe that it might prove effective against COVID-19, so it was employed by doctors “off-label.” And, the FDA revocation will not affect such use.

The trials described are always randomized double-blind experiments, whereby neither the researcher nor the subjects know which patient received the active drug or the placebo. And, this has long been considered the gold standard. However, given a moment’s thought, this “gold standard” does not always exist in real life. Consider that if a patient suffers either side effects or notices a targeted therapeutic effect, he will often conclude that he is on the drug.

One suspects that Anthony Fauci’s insistence on a randomized clinical trial on HCQ for COVID-19 stems back to his early career, and the disastrous saga of supposed AIDS drug AZT, in which the trials were rushed and even unblinded, thus releasing a toxic and likely ineffectual drug on the public. Not that AZT and HCQ are even remotely comparable.

Bear in mind that there is a long and sordid history of drugs being taken off the market after going through allegedly rigorous clinical trials. Ref 1 Ref 2 It is most perplexing that the establishment still stubbornly insists on promoting this system as the be-all and end-all, when it most assuredly is not.

Meanwhile, eminent Yale epidemiologist Harvey A. Risch, MD, PhD has argued passionately in favor of HCQ, only to be rebuked by critics who attack his sources, and prop up questionable studies of their own. Such actions of establishment fanboys against a maverick are nothing new. Just ask Ignaz Semmelweis.

Finally, take a look at this new study from the National Bureau Of Economic Research. The paper’s major conclusion is that nonpharmaceutical interventions (NPI)-–such as lockdowns, closures, travel restrictions, stay-home orders, event bans, quarantines, curfews, and mask mandates—do not seem to affect virus transmission rates overall. A big argument in favor of this is that such policies have varied in their timing and implementation across countries and states, but the trends in outcomes do not.

As you see, this runs contrary to the revealed wisdom foisted on Americans—and the rest of the world. The existing literature has concluded that NPI policy and social distancing have been essential to reducing the spread of COVID-19 and the number of deaths due to this deadly pandemic. The authors make a strong case proving otherwise.