A Look At Artificial Intelligence In Healthcare 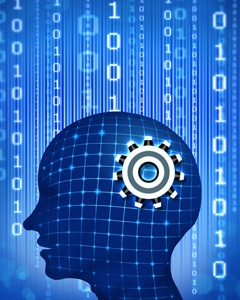 A Look At Artificial Intelligence In Healthcare

Artificial intelligence (AI) is often defined as “the ability of a digital computer or computer-controlled robot to perform tasks commonly associated with intelligent beings.” But, what is “intelligence”? In the simplest sense, it is the ability to acquire and apply knowledge and skills. Thus, intelligence is best understood as an array of several components, including learning, reasoning, problem-solving, perception, and language-understanding.

“When the female wasp brings food to her burrow, she deposits it on the threshold, goes inside the burrow to check for intruders, and then if the coast is clear carries in the food. The unintelligent nature of the wasp’s behavior is revealed if the watching experimenter moves the food a few inches while the wasp is inside the burrow checking.”

“On emerging, the wasp repeats the whole procedure: she carries the food to the threshold once again, goes in to look around, and emerges. She can be made to repeat this cycle of behavior upwards of forty times in succession.”

As such, there is no intelligence here. The wasp never learns, never reasons, and never adapts.

A goodly number of AI applications in healthcare already exist. Here are but a few examples…

AiCure brings the notion of mobile health into AI, with its combination of computer vision, machine learning, data analytics, and predictive analytics to track medication adherence. This is sure to improve the accuracy of clinical trials and benefit high-risk populations.

IBM Watson Health combines big data (the average person will generate one million gigabytes of health-related data in their lifetime) with AI. The idea is to make the best healthcare solutions available to all patients around the world—at all times. Benefits also accrue in the area of drug discovery.

Cyrcadia Health attacks a big problem in breast cancer. The disease is less likely to be detected by conventional (mammography) methods in women with dense breast tissue (40% of women), yet 71% of cases of breast cancer occur in women with DBT. Cyrcadia offers a wearable device that senses circadian patterns in heat changes in the breasts—indicative of tumor activity—over time. Using special algorithms, cancer risk can be detected early, and the method is unaffected by DBT. The device is typically worn for a few hours, and results are transmitted to the physician via the Internet.

Not surprisingly, there is a journal called Artificial Intelligence in Medicine. An interesting article from last year presented what the authors described as “A fully automatic approach for predicting the quality of medical evidence in order to aid practitioners at point-of-care.” Even though there was less than robust agreement between their AI grading versus human grading, it was a good first step, and should improve considerably with refinement in the algorithms.

Turning to the world of healthy eating, and pivoting back to our friend IBM Watson…

Bear Naked tasked Avionos with the mission of developing a new website that would allow them to gather customer preference data, while not interfering with Bear Naked’s existing retail channel. Working in conjunction with Chef Watson, the 50 ingredients available to consumers for mixing their custom blends yield over 500,000 possible flavor combinations.

A consumer is given up to three ingredients to add to a granola base, as Chef Watson recommends complimentary ingredients with each one a consumer selects. From jalapenos to kale, the combinations can be exciting, revolutionary, and surprising. Popular combinations may be used to inform the retail channel.

Dan Neiween of Avionos describes the project as “…an entrepreneurial approach, leveraging new technologies in a manner that drives engagement and builds a stronger relationship between the consumer and the brand.”

A recent workshop on AI in healthcare concluded by raising several questions, such as…

Who gets to decide which forms of care are prioritized in a world of AI diagnostics?

How can patient confidentiality, autonomy, and informed consent be maintained with all the data-sharing?

How does AI impact the relationship between patients, doctors, and other caregivers?

And will we be able to overcome this oft-quoted warning from Ecclesiastes (1:18)? “For in much wisdom there is much sorrow, and he who stores up knowledge stores up grief.” We can, and we must.