A Look At CBD (Cannabidiol) 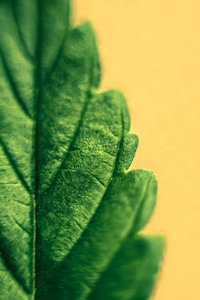 A Look At CBD (Cannabidiol)

With marijuana legalization in many states, along with the availability of medical marijuana cards in several others, we’re hearing a lot about the benefits–recreational, medicinal, and commercial–of the Cannabis plant.

Originally classified by the father of biological taxonomy Carl Linnaeus, who is remembered with the “L,” Cannabis sativa L. is further divided into two subspecies:

Even though Cannabis has been cultivated for thousands of years, its embodiments as hemp, marijuana, and hashish–not to mention overreaction of government regulators–have created much confusion. At the heart of regulatory involvement, of course, is that one of the hundreds of compounds found in Cannabis is delta-9-tetrahydrocannabinol (THC), the psychoactive agent in marijuana and hashish.

Typically, marijuana is prepared from the dried and crushed flowers and leaves of the plant, but the greatest concentration of THC is located in the flowering tops of the female as a resin. Hashish is made by collecting only the resin and drying it–yielding a drug about eight times stronger than the usual marijuana joint.

Environmental conditions and selective breeding established the two subspecies, such that indica is more suited to marijuana cultivation and sativa to industrial hemp production. Hemp (usually from the male plant) is cultivated for its fiber and seeds, which contain about 30 percent oil and may be eaten. Prior to the Controlled Substances Act (1970), hemp was an important–and fully legal–cash crop in the US.

While THC is present in all Cannabis plants, the hemp cultivars contain only a very small amount. Indeed, the analogy is often drawn between trying to get high on dried hemp to getting a buzz from non-alcoholic beer. Still, hemp cannot be grown legally (except for “research” purposes) in most of the US. You’d think the FDA would have better things to do. However, regulators must regulate, no doubt at the behest of manufacturers who competed with hemp products such as twine, rope, and burlap sacking.

Hemp oil is used in paints, varnishes, soaps, cosmetics and bird feed, and certain of these products are available in the US.

As to medical marijuana, we now turn to CBD, one of more than 80 active cannabinoid chemicals in the marijuana plant. Unlike THC, it has no psychotropic effects, and continuing research has suggested that most–if not all–of Cannabis‘ medical properties derive from CBD. Pre-clinical research (using cell culture and non-human subjects) has shown anti-seizure, antioxidant, neuroprotective, anti-inflammatory, analgesic, anti-tumor, anti-psychotic, and anti-anxiety properties.

Perhaps the most heartwarming and publicized CBD therapy regards its efficacy in severe cases of childhood drug-resistant epilepsy. A particular strain of Cannabis developed specifically for its high CBD content was named “Charlotte’s Web,” after five-year-old Charlotte Figi, whose intractable epilepsy showed remarkable improvement upon being treated with CBD. Notably, all legit CBD products must contain less than 0.3% THC.

Sadly, most of organized medicine, while acknowledging the miraculous results of CBD on these children, dismisses them as “anecdotal.” Bear in mind, though, that such criticisms are not only self-serving, but become a self-fulfilling prophecy. Full-fledged clinical trials are expensive, and would only benefit the purveyor of a proprietary drug. CBD is hardly proprietary, and ironically has been known to exhibit anti-seizure properties (in rodents) since at least 1977. More’s the pity that virtually all of the parents who discovered CBD for their sick kids did so outside of conventional medical channels.

Using animal models, CBD has been shown to inhibit the progression of many types of cancer including glioblastoma (an aggressive brain and spine tumor), breast, lung, prostate, and colon cancer. Mechanisms comprising reduced cell viability, increased cancer cell death, decreased tumor growth, and inhibition of metastasis, have been identified.

Animal and a few small human studies have indicated CBD effective in reducing anxiety and stress, possibly by alterations in serotonin receptor 1a signaling. CBD may even be effective against obesity, shown to decrease appetite in animal studies.

If these therapeutic benefits are further validated in human subjects, a new era in natural healing is upon us…and not a moment too soon.