A Look At Direct To Consumer Advertising Of Pharmaceutical Drugs 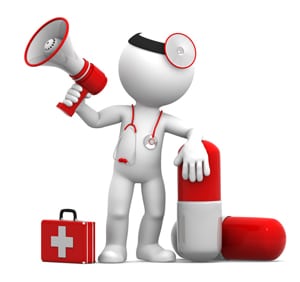 A Look At Direct To Consumer Advertising Of Pharmaceutical Drugs

It’s no secret that Big Pharma spends a fortune marketing its products direct to consumers. A good deal of this is targeted to aging Baby Boomers, who see it in the pages of countless magazines and newspapers, not to mention television. A typical TV commercial for pharmaceuticals will feature happy-go-lucky folks frolicking about, showing no signs of the dreaded condition being treated by the drug in question.

And, when events in the commercial are at their happiest and most carefree, a disturbing litany of side effects—some of which are devastating or even fatal—is being calmly recited. Interestingly, direct-to-consumer (DTC) advertising of pharmaceuticals is allowed only in the US and New Zealand.

DTC drug advertising has been legal in the US since 1985, but got a serious boost when the FDA eased up on a rule obliging companies to offer a detailed list of side effects in their infomercials. Apparently, the FDA accepted the industry argument that patients have a right to know all their options. The Federal Food, Drug, and Cosmetic Act permits the advertising of prescription drugs as long as the advertisements are accurate and not misleading. FDA’s Office of Prescription Drug Promotion oversees prescription drug advertising activities.

Currently, the industry is looking to expand DTC advertising to include off-label uses of drugs. There is an odd logic at work here. Doctors will, on occasion, prescribe a drug for other than its approved indications. Thus, if the goal of DTC is to get the consumer to ask his physician to prescribe a drug, should it matter whether or not the indication is approved?

After all, it is estimated that up to 20% of all medications prescribed are for indications that are not approved by the FDA, even if such prescribing comes with a higher rate of side effects.

Then, there is the matter of DTC ads featuring celebrity endorsement. You might recall some commercials run for Lipitor starting in March, 2006, that featured Dr. Robert Jarvik. Jarvik is shown rowing across a lake, with his invention of the artificial heart being touted. It would later be revealed that Jarvik is not licensed to practice medicine; is not the inventor of the artificial heart; and that the rowing was done by a stand-in from Lake Washington Rowing Club. In February, 2008, Jarvik was dropped as the drug’s pitchman.

In 2012, a controversy arose regarding celebrity chef Paula Deen, who specializes in cuisine that some might say is fattening, becoming a spokesperson for Novo Nordisk’s Victoza, an injectable diabetes drug. As it happens, Deen was diagnosed with type 2 diabetes a few years earlier, and was now capitalizing on the condition by shilling for the drug company. Worse, the implied message was that you could keep eating Paula Deen style food (“Live a life that’s delicious”), as long as you propped yourself up with this particular pharmaceutical.

Deen would get herself into trouble a year later when she was accused of racial and sexual discrimination by a former employee. She admitted in a deposition to using a racial epithet, and subsequently lost several endorsement deals, including Novo Nordisk’s.

As to Victoza, even when it was approved by the FDA in 2010, there was evidence of a link to thyroid cancer, based on rodent data. The drug now has a Black Box Warning. But, no worries. Victoza’s spokesman is now NBA Hall of Famer Dominque Wilkins.

One reasonably good argument in favor of DTC drug advertising is that it helps remove the stigma associated with certain diseases and medical conditions. Balance this against the traditional argument that the average person is just not smart enough, or informed enough to make decisions about pharmaceuticals, and it should be left up to their doctor.

Of course, many physicians themselves are influenced by Big Pharma marketing campaigns. Others are only too aware of how costs can direct their patients’ healthcare decision-making, and opt for generics whenever possible. Just because a drug is new—and thus proprietary—does not necessarily make it any more effective. For sure, it will be more expensive.

Those concerned with the costs of healthcare might consider these findings:

Every $1.00 spent advertising prescription drugs is estimated to increase their retail sales by $4.20.