A Look At Dysautonomia

A Look At Dysautonomia 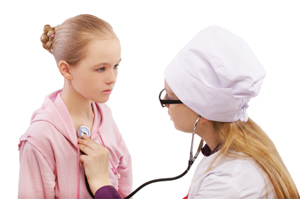 Dysautonomia is a generic term meaning any disorder of the autonomic nervous system (ANS). The ANS is that portion of the nervous system which controls and regulates the internal organs, without any conscious recognition or effort by the organism. The ANS affects such processes as diameter of the pupils, digestion, heart rate, perspiration, respiration rate, and salivation.

As such, dysautonomia can manifest itself in many ways, and its presentation can range from relatively mild to severely debilitating.

In the nineteenth and early twentieth century, a diagnosis of “neurasthenia” was given (almost exclusively to women) for those who were afflicted with fatigue, anxiety, weakness, dizziness, and fainting. Bed rest was the recommended therapy. After World War I, more men were diagnosed with this condition, which is quite similar to what we now call post traumatic stress disorder.

Some authorities believe that the nutritional deficiency based disease beriberi (lack of thiamine) could have been a sort of prototypical dysautonomia.

One serious manifestation is called Familial Dysautonomia, a genetic disease affecting Jews of Eastern European descent. A host of symptoms can occur, including difficulties with swallowing, temperature regulation, blood pressure regulation, and feeding. Individuals with this condition also experience seizures, spine curvature, and are vulnerable to pneumonia. Another symptom is the inability to produce tears, which can lead to eye problems.

Sadly, Familial Dysautonomia has no cure, and only half of those afflicted live beyond age 30. In 2001, genetic screening for FD became available, and there is hope that gene therapy in utero will someday offer a cure.

A more common manifestation of dysautonomia (some call it a hallmark) is a condition called Postural Orthostatic Tachycardia Syndrome (POTS). POTS can be operationally defined as being indicated when the patient’s heart rate increases by more than 30 beats per minute, after moving from a supine to an upright position. Hypotension will usually accompany the elevated heart rate.

While this seems like simplicity itself to determine, the fact is that such differential measurements are not performed routinely. Instead, POTS sufferers will first complain of such symptoms as:

Estimates of the incidence of POTS range from 500,000 to an astonishing 3 million cases in the US alone, affecting individuals (80% female) aged 12-50. Many doctors report an increased prevalence in children and adolescents.

Kelly Ruggiero is a dysautonomia activist and mother of two daughters diagnosed with the disease, based in south Florida.

For me, it’s all about the children. My goal is educating Florida’s doctors, hospitals, and the public on how to identify symptoms of dysautonomia, especially in teenagers. Dysautonomia is a mostly misdiagnosed illness that attacks teens in the prime of their life. You have a totally healthy child until suddenly within a year or so of puberty your teen becomes totally disabled. They can no longer even attend school.

What is more upsetting is that they are undiagnosed on average for six months to a year of their initial symptoms. Parents go from doctor to doctor, and hospital to hospital until finally one doctor thinks outside the box. Meanwhile, these teens are suffering; they’re basically being tortured.

My children were taken to the best hospitals in the area, none of which diagnosed them correctly. The simple change of checking the standing and sitting blood pressure and pulse of kids who present with these symptoms would point doctors in the right direction.

Of late, Kelly has entered the beauty pageant world to bring more attention to her cause. She is also the president of the Florida Children’s Dysautonomia Foundation.

Treatment of POTS must be individualized, and usually includes pharmacological and non-pharmacological modalities. Fluid intake of two liters a day along with an increased sodium intake is often recommended to help increase the patient’s blood volume. Based on these therapies, physical reconditioning is started as soon as the patient can tolerate it.

Many younger patients will improve dramatically as they reach their 20s. Promising anecdotal results have been reported with high doses of serotonin-norepinephrine reuptake inhibitors (SNRIs).

One blessing of this Internet age is that dysautonomia patients, and their family and friends can garner much information from sources such as Dysautonomia Youth Network of America, Inc.