A Look At Health Care And Financial Planning

A Look At Health Care And Financial Planning 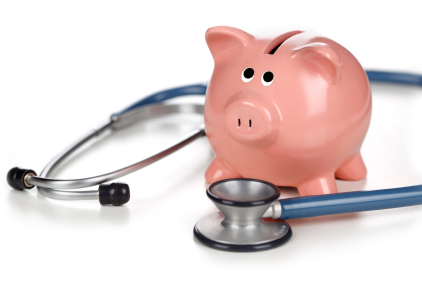 One of the proudest portions of LBJ’s Great Society was Medicare, passed in 1965, as an amendment to the Social Security Act of 1935. While the cost of health care was vastly lower back in the 1960s, few resources were available to those aged over 65 or retired, since nearly all health insurance was provided by employers to their workforce. In fact, by 1958, nearly 75 percent of Americans had some form of private health insurance coverage. In those days, though, the coverage was generally limited to benefits for “catastrophic” situations.

As is only too well known, Part A is financed via Social Security payroll taxes, and “unforeseen” demographic changes, including people living longer, have stretched the program to the breaking point. Not as well known is that Medicare, although limited to those individuals aged 65 and over, influences virtually all aspects of how health care is delivered—to all age groups—in this country.

Needless to say, given its 46-year history, Medicare has become exceedingly complicated, replete with a Byzantine bureaucracy that is perhaps unmatched in the entire Federal government.

Since there are gaps in what Medicare will cover, such as…

prudent financial planning must consider the client’s health, as well as the ability to pay for (or insure) uncovered services.

To get further insight, I recently spoke with Robert Jackson, president of Scottsdale-based Jackson Financial Advisors. Jackson’s background is well-suited to this discussion, as he works both sides of the fence, so to speak. Besides having clients with health care related issues, he also serves on the financial health committee of Scottsdale Health Care. After all, we need healthy hospitals, if we’re going to take care of sick patients.

I asked Jackson about how Medicare impacts his clients. He notes that when people are approaching age 65, they start checking out the various websites, including the government’s own, Medicare.gov. In many cases, they are astounded by complexity of the program. As Jackson puts it, “There’s lots of confusion, and lots of moving parts.” Often, clients are referred to expert guidance on the matter, to gain an understanding of how it all works.

No matter how they accumulate the necessary knowledge, virtually all of them realize that they need some sort of supplement plan. Jackson states that the majority of his clients are amazed at how much more they spend on medical care than they first planned to.

He cites the very sobering case of one of his clients, a former CEO of a public company. The man and his wife retired to Carmel, CA, and figured that they would be in great shape. Sadly, four years into his retirement, his wife had a massive stroke, requiring a great deal of medical intervention—most of which was not covered by Medicare and whatever supplemental insurance he had in place. So far, the man has spent more than $1.5 million, with no particular end in sight.

With his savings nearly depleted, the man now has to make tough decisions regarding limiting his wife’s care, or literally going broke.

Jackson will ask new clients about their health, and a frequent answer is “none of your business.” He then patiently explains to them that health can have a profound impact on wealth, so they had better talk about it! One key point: Jackson says, “We used to plan for a longevity in the mid-80s, but we now plan for a longevity of 93 for most clients, unless they have major health problems.”

For most clients, long-term care insurance is essential, since most of these costs are not covered by traditional health insurance or Medicare.

On the portfolio side, Jackson does favor health care related securities, given the aging of our population. He mentioned the Vanguard Health Care Fund and exchange-traded fund (ETF). He also spoke favorably of investing in pharmaceutical and biotech companies, but since it is difficult for most casual investors to pick winners, prefers the fund approach.

I would add that an investment in improving your health—at any age—will yield handsome returns.