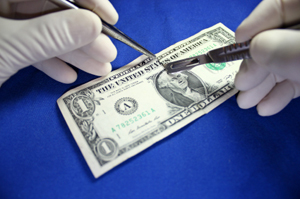 An important component of the Patient Protection and Affordable Care Act (Obamacare) is the establishment of so-called Health Insurance Exchanges, given the acronym HIX. Driven by the questionable notion that getting everyone insured was the most important problem to be solved in health care, and energized by the earlier concept of managed competition, HIX are intended to help individuals and small businesses purchase health insurance coverage. By January 1, 2014 these exchanges must exist in every state.

Managed competition is a purchasing strategy based on microeconomic principles, whereby maximum value is supposedly obtained for both consumers and employers. At the heart of managed competition is an all-powerful sponsor, whose role is to establish rules of equity, select participating plans, manage the enrollment process, create price-elastic demand, and manage risk selection. Its proponents acknowledge that it will tend to succeed based on the extent of high-quality, cost-effective, organized systems of care already in existence—especially prepaid group practices.

If you find this paradigm to be ironic, you are not alone. What value is added by a parasitic bureaucracy that first requires a well-oiled machine as a host? Not to mention the army of consultants, associated vendors, and other hangers-on, who all stand to profit from HIX implementation. But then, we might also ask why physicians, nurses, and other providers are such a small part of the overall picture—and why almost no one seems to care about this. Indeed, Obamacare is likely the greatest example of “the tail wagging the dog” in history.

As to the rules of equity applying to insurers—as mentioned above—here are some of the more important ones:

So, the insurance companies gave up a lot, but figure to make it back by virtue of the individual mandate. In theory, the increased pool of individuals will absorb the risk of those with pre-existing conditions. Various models have been promulgated proving that this idea will work, but right now, you can call me “skeptical.”

Besides, last November, HHS announced that a fee would be imposed on these same companies for the privilege of selling health insurance in the new online markets run by the federal government. Naturally, these user fees (3.5 percent) can—and will—be passed onto consumers. Throw into the mix the temporarily postponed reduction in Medicare reimbursements and uncertainty over Medicaid coverage, and the prospect of a health care Nirvana appears quite remote.

Finally, it should be noted that this sea change in the nature of health insurance has sparked an interest in Defined Contribution (DC) Health Plans. In the DC model, employees are given before-tax dollars, applicable to obtaining coverage on their own, including using the new exchanges. Many experts predict that traditional health insurance (the defined benefits model) will cease to exist by 2020, in favor of the DC model.

Enterprising insurance professionals, and this includes some carriers, have already moved into the DC space. Private health insurance exchanges are those that operate outside of the Patient Protection and Affordable Care Act, but still must meet the requirements of the exchange management. These, too, can be part of the offerings of savvy brokers.

One company doing a fine job in helping employers and brokers alike to enter this new world of health insurance products is Birmingham, AL based Health Partners America. HPA’s website provides plenty of resources, including content by founder and president Josh Hilgers. Don’t miss the videos directed to employers and employees.

Health care in America is changing. Whether for the better or worse remains to be seen.