A Look At Naturopathic Medicine

A Look At Naturopathic Medicine 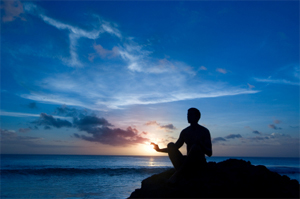 The field of naturopathic medicine has included any number of different treatment modalities over the years. The movement developed in Europe in the mid-nineteenth century largely as a reaction to the perceived deficiencies of contemporary conventional medicine. One of its earliest proponents—a Bavarian Catholic priest named Sebastian Kneipp (1821-1897)—cured himself of tuberculosis, a virtual death sentence at the time.

Kneipp’s medical philosophy can be summarized by his oft-cited quote: “Nature has provided us generously with everything we need to remain in good health.”

According to the The American Association of Naturopathic Physicians (AANP)…

Naturopathic medicine is based on the belief that the human body has an innate healing ability. Naturopathic doctors (NDs) teach their patients to use diet, exercise, lifestyle changes and cutting edge natural therapies to enhance their bodies’ ability to ward off and combat disease. NDs view the patient as a complex, interrelated system (a whole person), not as a clogged artery or a tumor. Naturopathic physicians craft comprehensive treatment plans that blend the best of modern medical science and traditional natural medical approaches to not only treat disease, but to also restore health.

While few conventional allopathic physicians would dispute the importance of diet, exercise, and lifestyle changes to improve the health of their patients, traditional allopathy has tended to emphasize pharmaceutical drugs and more invasive therapies. Likewise, some practitioners calling themselves naturopaths will eschew all allopathic treatment modalities.

According to definitions provided by The National Center for Complementary and Alternative Medicine [“CAM”], AANP appears to be advocating a complementary or integrative approach.

NDs are licensed by state and provincial authorities, and are generally restricted as to the procedures they can perform and the drugs they can prescribe.

I recently spoke with Dr. Jean-Jacques Dugoua—better known as Dr. JJ—an ND, with a PhD in pharmacy sciences from the University of Toronto. In a few months, he will be heading up the MotherNature Network, of the Motherisk Program at Toronto’s Hospital for Sick Children.

The Motherisk Program is the major Canadian group to counsel and monitor outcomes of women using medications or natural health products (now to be covered by the MotherNature network); and of women exposed to chemicals, radiation, or infection during pregnancy and lactation.

Dr. JJ’s website lists a dozen papers he has published in scientific journals. He also posts more than 65 informative articles on a host of health topics.

I asked him how he would handle patients with common chronic conditions, such as hypertension and Type 2 diabetes. As it happens, most of his patients first consult him since they are not satisfied with their conventional medical treatment. Bear in mind that all conventional care—but not ND care—in Canada is “free,” or is at least fully covered by the government.

He makes clear to incoming patients that he “takes them as they are,” and is not interested in any sort of immediate radical change. That is, if they are on meds, he delves into why they are taking them, and might even make recommendations for other pharmaceuticals. If a hypertensive is on multiple meds, perhaps he can begin to get off one or more of them with a carefully applied program of diet and exercise. Where the holistic aspect comes in is to coach the patient in diet and lifestyle matters, as they apply to his condition.

As to diabetics, he will take a look at the A1C, and then find out how well they are monitoring their blood glucose. Dr. JJ says that many patients do not like using their glucometer, but he explains to them that it is an important teaching tool. After all, they get near-immediate feedback on how well they are controlling their condition.

He mentioned one diabetic patient who attended a lavish wedding, in which there were vast amounts of sweets. The patient thought that he may have overdone it, but had his meter with him, and discovered that his dancing helped keep his glucose reading in check.

As with hypertensives, he evaluates their current meds, and offers suggestions as to herbal and mineral supplementation, including chromium. Of course, proper diet and exercise are stressed.

With cancer patients on chemotherapy, he advocates IV-supplementation of essential nutrients, such as calcium, magnesium, and B-vitamins. Dr. JJ is also working with the Chinese on various innovative methods applicable to advanced stages of certain cancers.

It is most encouraging to hear about the intelligent and careful complementary use of natural healing methods. This practice is sure to grow in the future.