A Look At Noise Pollution

A Look At Noise Pollution 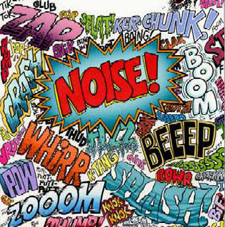 While most of us can readily agree on what would constitute air and water pollution, many aspects of so-called noise pollution are another matter entirely. Even if you are in the mood for some loud music, you may not like your neighbor’s particular selection of material. By the same token, a mechanic working on a race car engine—and gunning it repeatedly—may feel that the sound is “music to his ears,” even if those around him might not agree.

Sound can be defined as “a mechanical disturbance from a state of equilibrium that propagates through an elastic material medium, usually air.” A sound level meter is typically calibrated to display its results in decibels (dB), a logarithmic unit. On the decibel scale, the smallest audible sound (near total silence—as perceived by a youthful subject) is 0 dB. A sound 10 times more powerful is 10 dB. A sound 100 times more powerful than near total silence is 20 dB. Interestingly, for perceived loudness to double, there must be an increase of 10 db in the sound level.

OSHA limits sound exposure to an 8-hour time-weighted average of 90 dB, but mandates a hearing conservation program once the average reaches 85 dB.

Since sound level is based on human perception, readings of less than 0 dB are possible. Orfield Labs in Minneapolis has an anechoic chamber, deemed the “quietest place on Earth” by Guinness World Records, measuring an astonishing -9.64 db. People feel quite odd in these chambers, listening to the sound of their own breathing, and even hearing blood rushing through their arteries. Too bad this is hardly the common complaint in real life.

Les Blomberg, executive director of the Noise Pollution Clearinghouse describes the perfect world: “My right to swing my fist ends at your nose. My right to make noise ought to end at your ear.” He emphasizes that noise should not be considered “unwanted sound,” as that term is far too subjective. Moreover, it is hardly scientific, as no instrument currently exists that can measure the desirability of a sound. Blomberg mocks the concept…

Imagine a rock ‘n’ roll groupie trying to explain her hearing loss: “The unwanted sound of all those concerts I wanted so badly to hear has left me deaf, so I can no longer hear those unwanted sounds I used to enjoy so much.”

He asserts that “Our acoustic environment is contaminated with a bunch of junk—trash really, and it needs to be cleaned up.”

Noise is pollution. The defining characteristic of community noise is not whether we like it, but that it is a waste product, escaping from one person’s property, and contaminating another’s property or a public space.

Fair enough. But what can we actually do about it?

At one time, the EPA had an Office of Noise Abatement and Control, but it was phased out in 1981, based on the notion that the issue was better addressed at the state and local level. To date, enforcement has been spotty because, as with all government activity, politics is involved. For example, car alarms, long known more for their inadvertent tripping by benign vibration than for deterring thieves, are backed by at least three powerful lobbies—as are the infamous “boom cars,” provided with deafening sub-woofers and jacked-up sound systems.

The Citizens Coalition Against Noise Pollution offers several suggestions, including:

A white noise source can be a short-term solution, especially if the immediate problem is ambient noise preventing you from doing quiet work. White noise covers the entire range of audible frequencies, all of which possess equal intensity, and as such is analogous to white light, which contains roughly equal intensities of all frequencies of visible light. A good approximation of white noise is the static that appears between radio stations on the FM band.

White noise generator software is available, and many folks hook up headphones to their computer to escape the ambient noise onslaught. Of course, a goodly number of office workers just listen to their favorite music on their headphones, and achieve similar results.

While numerous studies tout specific health effects of excessive noise exposure (below the regulated occupational levels), quantifying such matters is notoriously difficult. The best advice is avoidance if you can, and confrontation with the offending noise producer if you must.

One of my favorite sayings as a musician—usually uttered after a long and demanding session—was “Sometimes, silence is the most beautiful music.”