The Making Of A Miracle

The Making Of A Miracle 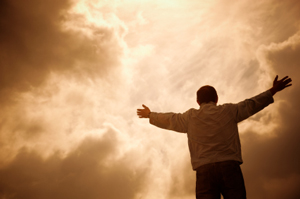 Most good books have a “making of” story behind them, and Diane Kress’ The Metabolism Miracle (2009) is no exception. Kress—a registered dietitian and certified diabetes educator—rounded out her “Miracle” trilogy with The Metabolism Miracle Cookbook (2010) and The Diabetes Miracle (2012). When you consider that Diane started off as a competitive athlete who always ate right, never had a weight problem while growing up, and was headed toward a career in business and finance, her story is even more compelling.

While still in college, she was sitting in class and leaned over in a particular manner that caused her to notice that she had developed a slight roll of belly fat. As she related it to me during a recent interview:

So much did it shock me that when the class was over, I flew into the ladies’ room, lifted up my shirt and wondered “What the heck is that?” Having a mathematical mind, I examined my caloric intake and exercise level, and according to the books, I should not have had this fat. This made no sense. At the same time, I was also experiencing a vague melancholy feeling…sort of a mild depression.

As a result of this experience, Diane changed her major, and began to focus on health and nutrition. Academically, she excelled in this field, and started working as a dietitian. Although she still had the belly fat and mild depression, based on her training, she remained convinced that none of this could be related to her diet. So, she forged ahead.

It was easy enough to blame the stubborn excess weight on the pressures of the job, as well as giving birth to two children. But then, she did notice that a number of her fellow dietitians seemed to be struggling with the very same paradox of excess weight, while doing “everything right” with their own diets. What was wrong with her body…with their bodies, that they did not respond to the textbook protocols?

Ironically, dietitians would explain failures in their patients by insisting that these people were simply not being truthful regarding their diet histories. Yet, only Diane seemed to be bothered with the fact that she certainly was not lying to herself, and that the conventional wisdom was just plain wrong.

As it happened, at least 40 percent of her patients were not obtaining the results they should have been getting, and Diane’s patients usually had the best outcomes at the clinic where she worked. Desperate for answers, she began to compile data, and —unlike any of her peers—started to examine her patients’ blood chemistry. She looked at such items as glucose, cholesterol, triglycerides, and hemoglobin A1C.

After analyzing data from around 100 individuals, two distinct groups were emerging. In one group (which she later called “Metabolism A”) were the patients who were successful in losing weight and in improving their blood chemistry values by following the recommended low fat, low calorie diet. The other group (which she later called “Metabolism B”) followed the exact same diet, but lost very little weight, and found that their blood numbers were getting worse.

As Diane puts it, “There was a clear split. I knew that I was onto something, but I had no idea yet where this preliminary finding would take me.” She persevered, quite independently.

She notes that most of her peers were reluctant to delve into the paradoxes that so disturbed her. Indeed, they as much as stated that she should not be bothering with blood chemistry. “The AMA and ADA must know what they’re doing, and patients with poor results are nothing new,” they told her. “They are simply non-compliant, and they’re not truthful. Why are you rocking the boat?”

Undaunted, she continued to study the increasing amounts of data, and finally determined that the common denominator was that her Metabolism B people had metabolic syndrome.

Metabolic syndrome is a condition marked by the presence of usually three or more of a group of factors (as high blood pressure, abdominal obesity, high triglyceride levels, low HDL levels, and high fasting levels of blood sugar) that are linked to an increased risk of cardiovascular disease and type 2 diabetes. The condition is also called insulin resistance syndrome and syndrome X, and has been known for decades.

This was nothing less than an epiphany for Diane. Suddenly, everything she was seeing made sense. Now, she had to do something about it. Diane knew all too well that the official recommended diet for those with metabolic syndrome—dating back to the 1960s—was low calorie, low fat, low cholesterol. Apparently ignored in those days was a study out of Italy from 1967 in which a small number of moderately obese patients with diabetes, high cholesterol, and elevated triglycerides showed improvement when they were put on a low calorie, low carbohydrate diet.

By her own efforts, Diane would rediscover this, modify and improve the approach, and in the process fix herself (both the belly roll and the mild depression) and her patients.

I realized that the problem was not one of calories in/calories out or low fat/lower fat, but had to do with an imbalance in the fat-gain hormone. This is primarily a function of carbohydrates. Yet, the diet we were teaching everybody, including our metabolism B patients, was heavily weighted toward carbohydrates. We were stacking the deck against them.

But wait, there’s more. Diane believes that metabolic syndrome is also involved in breast, colon, skin, testicular, ovarian, and pancreatic cancers—among other diseases. More than that, she advocates identifying potential “Met B” individuals in their childhood, getting them on a therapeutic diet, and saving them from all the unnecessary morbidity.

How’s that for true health care—as opposed to disease care?