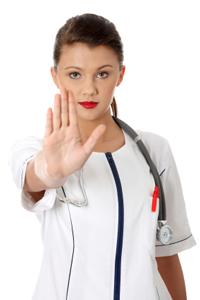 My late father-in-law practiced psychiatry in the Midwest, and was—by any standard—brilliant. For one thing, he never received a grade lower than “A” from grammar school, all the way through his medical education. He could also engage in well-informed discussions on virtually any topic, from sports and history, to the arts and theology.

Yet, in some ways, he was also a troubled soul, and probably took up psychiatry as a means of helping himself, along with his patients. For the most part, he practiced in accordance with what is now called “Empathetic Therapy,” although he certainly did prescribe drugs when needed. But, by the late 1970s, he noted that drug dispensing was becoming far too frequent; and at the end of his career, he would lament that psychiatry as he knew it had pretty much disappeared.

One of the most prominent critics of psychiatry—himself a psychiatrist and academic (and no stranger to controversy)—was Thomas Szasz, MD (1920-2012). Szasz definitely shook things up with his 1961 book The Myth of Mental Illness: Foundations of a Theory of Personal Conduct. Szasz would contrast neurology, addressing diseases of the brain; with psychiatry, supposedly addressing diseases of the mind. In essence, based somewhat on his exposure to mistreatment of mental patients, he rejected the notion of a “disease of the mind.”

Here are some key quotes from the book…

I have argued that, today, the notion of a person ‘having a mental illness’ is scientifically crippling. It provides professional assent to a popular rationalization—namely that problems in living experienced and expressed in terms of so-called psychiatric symptoms are basically similar to bodily diseases. Moreover, the concept of mental illness also undermines the principle of personal responsibility, the ground on which all free political institutions rest.

Not surprisingly, these observations made Szasz few friends within his field, and his concepts may not be universally true. Nonetheless, I had a close relative who fit this pattern perfectly. She was diagnosed with depression in her early 20s, and was subjected to various forms of therapy ever after. This included more than 100 electroshock treatments as well as a bewildering array of psychotropic medications. Her friends would wax eloquent regarding the “chemical imbalances in her brain.”

However, she was never cured, and remained in something akin to a lobotomized state for the rest of her life. While still in middle age, she consulted a prominent Beverly Hills psychiatrist who found (correctly as it would turn out) that the only thing wrong with her was that she was extremely spoiled, and fell back into these “depressions,” whenever things did not go her way. For a number of reasons, though, her husband could not accept this diagnosis, and took her to another doctor who continued to prescribe drugs.

Ironically, just before her death, the “spoiled” diagnosis would be confirmed, by a no-nonsense geriatric psychiatrist.

Even though Szasz was against drug prohibition, he was more than skeptical regarding the benefits of psychotropic drugs, as is psychiatric reformer Peter R. Breggin, MD. Breggin has long been a crusader against the damaging effects of these drugs, and in his 2008 book Medication Madness details 50 cases of medication-induced violence, mayhem, and suicide.

“[W]hen psychiatry becomes involved, drugs are dispensed, and psychiatric drugs can cause or worsen violence. A recent study of reports to the FDA of drug-induced violence has demonstrated that antidepressants have an 840% increased rate of violence.” He cites the example of Columbine shooter Eric Harris taking large dosages of Luvox.

Seung-Hui Cho, the Virginia Tech shooter, was hospitalized and found to be a danger to himself and others. The court ordered follow-up treatment but this was never enforced. James Holmes, the Aurora, Colorado theater shooter, was under treatment but also fell through the cracks. His psychiatrist Lynne Fenton, known as an expert on campus violence, rejected putting him on a 72-hour involuntary hold. Talk about malpractice.

Which brings us to the sad case of aspiring medical student Richard Fee—given prominent coverage in the New York Times—who became addicted to Adderall, prescribed for ADHD. The drug, dispensed rather carelessly, and in large amounts, very likely led to his suicide in November of 2011.

Little more than a week before this suicide, Breggin posted an article entitled “The Diagnosing and Drugging of ‘ADHD’ Children—An American Tragedy Worsens.” He noted that…

The diagnosing of millions of children with ADHD in order to medicate them with stimulants and other psychoactive chemicals is an American tragedy, growing into a worldwide catastrophe. Never before in history has a society attempted to deal with its children by drugging a significant portion of them into conformity while failing to meet their needs in the home, school, and society. The ethical scientist or physician, the concerned parent or teacher, must feel stricken with grief and dumbfounded that we have allowed the interests of powerful advocacy groups to completely override the interests of our children.

[I]nstead of meeting the normal needs of our children we are suppressing them with drugs. And the child is being deprived of the most important learning process of childhood—learning to grow in personal responsibility and self-direction. Instead the child is taught to believe, “I have ADHD” and “I need a pill to help me control myself.”

No worries, though. These are all legal drugs.