Have Mercy…On Those Infected With MRSA 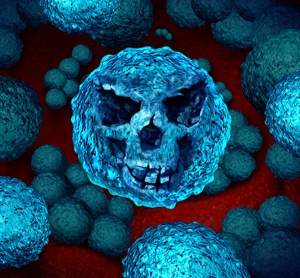 Have Mercy…On Those Infected With MRSA

MRSA (usually pronounced “mersa”) is an acronym for the superbug methicillin-resistant Staphylococcus aureus. MRSA is a “superbug” precisely because it is resistant to the antibiotic typically used to control it. To make matters worse, MRSA infections have been associated with necrotizing fasciitis, aka flesh-eating disease.

MRSA is typically spread via casual person-to-person contact (often with the hands), or through contaminated objects. Transmission through the air is not common, unless a person has MRSA pneumonia and is coughing. A distinction is made between MRSA contracted in the community, versus such infections in healthcare settings. This healthcare-associated MRSA is often more serious since the victim is likely to be sick already, and immunocompromised.

A MRSA outbreak in a neonatal intensive care unit (NICU) is perhaps the worst case scenario. Bear in mind that these patients are frequently preterm with low birth weight, chronic diseases, and intrinsic immunologic immaturity. Add to that the probable colonization of their mucous membranes and skin with microorganisms endemic in NICUs; exposure to antibiotics; invasive procedures; and frequent contacts with healthcare workers.

Indeed, as presented in a review article from December, 2012…

Nasty stuff, right? So, how would you feel as an expectant parent if you were to discover that a major medical center did its best to cover up a MRSA outbreak in the NICU, only to have the information revealed eight months later, and then only by a chance encounter? That’s what happened in the NICU at UC Irvine Medical Center.

As reported in a related article, the incident only became public when Marian Hollingsworth—who sits on a state advisory committee on hospital-acquired infections—learned of the outbreak from a friend who works at the hospital.

Hollingsworth expressed her dismay that neither county health officials nor the hospital alerted the public about the infections: “We’re talking fragile babies here. As a patient safety advocate, you need to have as much information as you can to make a good choice for you. You never know if or when your baby is going to have a problem and go into the NICU.”

According to the Los Angeles Times, county officials said they did not notify the public about the outbreak because they had no evidence that infants being treated at UCI’s neonatal unit were at higher risk than infants admitted elsewhere. Think about that for just a moment. By that logic, if you were sickened by food at a particular restaurant, it might not be worthy of public notification, unless officials were sure that this establishment were demonstrably worse than any other.

A mother of one of the affected kids claims that the hospital did not even tell her at first. Worse, she blames her son’s infection on an already affected infant being moved next to his room.

According to infection control guru and friend of this column Lawrence F. Muscarella, PhD, the decision by public health officials to not publicly disclose potentially deadly bacterial outbreaks such as UC Irvine’s raises a number of questions, including:

Let me conclude with a question of my own: Why, in the public discourse, is paying for healthcare vastly more important than the quality of healthcare?