The Merry Old Land Of Oz 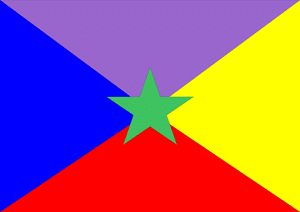 The Merry Old Land Of Oz

The career path of Dr. Mehmet Oz is most puzzling. Boasting a fine education (Tower Hill prep; Harvard undergrad; Penn med school; and Wharton), Oz did his residency at New York’s Columbia-Presbyterian Medical Center, and is now an attending surgeon at the same hospital. He also holds various academic appointments at Columbia’s med school. His name appears on more than 150 research papers, and he has published over 20 books—most of which have “You” in the title.

Oprah called him “America’s doctor” in 2004, and following more appearances on her program, the TV Queen gave him his own show on her network in 2009. It quickly became popular, and almost from the beginning Oz expressed his appreciation of so-called alternative medicine. Technically, “alternative medicine” refers to any of various systems of healing or treating disease (as homeopathy, chiropractic, naturopathy, Ayurveda, or faith healing) that are not included in the traditional curricula taught in medical schools of the United States and Britain. [Webster’s Third New International Dictionary, Unabridged. 2014].

Likewise, there are any number of spectacular failures of “scientifically-proven” and FDA-approved drugs and medical devices, including Fen-Phen, Baycol, Vioxx, Rezulin, Hospira infusion pumps, and Infinia Hawkeye 4 scanners.

I suspect that Oz’ embrace of alternative medicine derived from his personal experiences as a physician. Any doctor worth his salt will soon discover that “by the book” does not always work, as in patients with comorbidities, or those on multiple drugs. Arguably, more harm than good can be done if traditional therapies are applied where they may not be warranted. Fair enough, but prudence, logic, and right reason must still remain in play—especially if peoples’ lives are involved.

Thus, it became disturbing when Oz crossed the line from rational alternative approaches to flat-out voodoo, including a host of supplements that claim to promote weight loss, along with his praising of a variety of therapies that are little more than placebos. A prime example is homeopathy. As explained by blogger David Gorski, a typical homeopathic remedy is diluted 30C, each “C” being a 100-fold dilution, which makes 30C a mixture that’s been diluted 100-fold thirty times. This works out to a dilution of 1060! For those keeping score at home, this is 1 followed by 60 zeroes.

Invoking the Avogadro constant from your first chemistry class (6 x 1023), it becomes abundantly clear that a 30C dilution will leave you with nothing but water. Some homeopathic therapies involve even greater dilutions.

In other cases, such as Oz’ advocacy of coffee and vinegar to fight diabetes, he relies on research that can be charitably called “sketchy.” These are retrospective cohort studies based on the subjects filling out questionnaires detailing their consumption of the food items under consideration. Usually, far more effort goes into statistical analysis, and the search for a p-value less than 0.05, than verifying the raw data. Additionally, there are many confounding factors that cannot be so easily dismissed, such as the role of caffeine itself—not to mention the other chemicals in coffee.

While it is known that caffeine stimulates insulin secretion of the pancreatic beta cells, production of this hormone is seldom a problem for type 2 diabetics. Rather, they suffer from insulin resistance, whereby the insulin is not as effective as it should be in getting the glucose into the cells. One wonders why Oz did not make this simple observation.

Recently, Dr. Oz has been attacked by a senate subcommittee and ridiculed by HBO’s John Oliver for his shameless hawking of snake oil. But why should a respected doctor do this? Has his popularity clouded his judgment? I discussed this with media guru Loren Feldman, and all we could come up with was greed. Where’s Toto to pull back the curtain, when you really need him?