More Reasons To Question The Wisdom Of Medicare For All 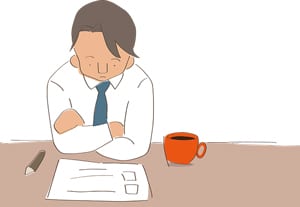 More Reasons To Question The Wisdom Of Medicare For All

We have covered Medicare For All in previous columns, and focused mostly on the high cost and inevitable rationing that would occur—as it has in all other socialized medicine programs. This time, we look at some of the outrageous failures of US government-run health programs, and why the Feds may not qualify as the repository of the world’s wisdom in these matters.

Marilyn M. Singleton, MD, JD, president of The Association of American Physicians and Surgeons, and a friend of this column, makes this point in her no-nonsense style with the recent article entitled “Can We Trust the Government with Our Medical Care?”

Singleton’s first example involves the deplorable practice of forced sterilizations—all part of the then popular American eugenics movement, admired by Adolf Hitler himself. The practice—originally intended for the “feebleminded”—was widespread, and between 1909 and 1979 more than 20,000 government-funded forced sterilizations were performed in California alone. This accounted for around one-third of the total done in the 32 states where such action was legal. Of course, not all these victims were truly feebleminded.

Carrie Buck, the subject of the infamous 1927 Buck v Bell case, which upheld Virginia’s sterilization law, was the second generation in the “three generations of imbeciles are enough” quote from Justice Oliver Wendell Holmes, Jr. However, Carrie performed reasonably well in grammar school, and her daughter Vivian (the third generation) actually made the school honor roll. Moreover, the “immorality” attributed to Carrie was false, as she was the victim of a rape.

Not surprisingly, such sterilizations were frequently performed on minorities, who were further targeted once Medicaid-funded family planning services offered sterilization. In one of the worst cases of involuntary sterilization, from 1973-1976, the Indian Health Service performed more than 3,000 such procedures. But that revelation merely scratches the surface. Even though these abuses have been mostly cleaned up, it is still disturbing that minorities are disproportionately high consumers of abortion services. Eugenics lives!

In another notorious case, the “Tuskegee Study of Untreated Syphilis in the Negro Male” examined the effects of the untreated disease, even after penicillin became the preferred treatment in 1947. There was no informed consent, and no subject was ever treated. But, they did get free medical exams, free meals, and burial insurance. Keep in mind that this study, which would have made Josef Mengele proud, was done with the full faith and credit of the US Public Health Service. While the study was originally supposed to last for six months, it went on for 40 years (1932-1972). Medical ethics, what’s that?

In a matter that personally affected Singleton, since it involved her first dying patient, a drug addict succumbed to bacterial endocarditis due to Serratia marcescens. As it happens, some unnamed moron in the military assumed that this bug, renowned for its red color, was harmless, and it was used in a test of germ warfare over the San Francisco area in 1950.

There was little clinical knowledge at the time tagging Serratia as a pathogen, but those in charge did know that it is gram-negative and 90-95% of gram-negative species are pathogenic, owing to their impenetrable cell walls. Many other such test sprayings occurred until the practice was stopped in 1969.

Then there’s the Veterans Health Administration, the world’s only socialized medical system, built from the ground up as such an entity. Most people have heard of the disgraceful long wait times, and related cover-ups. A 2014 report by Sen. Tom Coburn (R-OK) found that more than 1,000 veterans may have died in the last decade because of VA misconduct.

Dr. Singleton bluntly concludes: “[O]ffer the people free stuff and then use it as a cudgel to keep the recipients in line. The helpless, the poor, and Native Americans were easy targets. Now Medicare for All threatens to trap the rest of us in a system with no escape.”