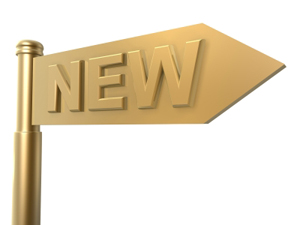 This column has suggested—on more than one occasion—that the current disease care model of what we call “health care” cannot possibly be sustained. There is simply not enough money available to support a system in which the lion’s share of expenditures is devoted to acute care, with virtually nothing being spent on preventive medicine, i.e. HEALTH care. To make matters worse, the dollars spent in acute care vastly favor procedural rather than cognitive medicine.

More than that, while it might be fair to call such diagnostic tests as colonoscopies and mammograms “preventive,” they are still clearly procedures, are expensive, and comprise a disproportionate share of expenditures on preventive medicine. According to the University of New Mexico School of Medicine: Preventive medicine is the medical specialty which focuses on the promotion, protection, and maintenance of health and well-being, the prevention of disease and disability, and the premature death of individuals in defined populations.

In April, 2009, the Robert Wood Johnson Foundation’s Commission to Build a Healthier America issued a comprehensive 126-page report entitled “Beyond Health Care: New Directions to a Healthier America.” The report throws down this gauntlet:

For the first time in our history, the United States is raising a generation of children who may live sicker, shorter lives than their parents. We must act now to reverse this trend. Why aren’t Americans among the healthiest people in the world? Why are some Americans so much healthier than others? What can be done to create opportunities for all Americans to live long and healthy lives?

Underscoring the futility of the “disease care” model, the report emphatically states that “health is more than [conventional] health care.”

Although medical care is essential for relieving suffering and curing illness, only an estimated 10 to 15 percent of preventable mortality has been attributed to medical care. A person’s health and likelihood of becoming sick and dying prematurely are greatly influenced by powerful social factors such as education and income and the quality of neighborhood environments. These social determinants of health can have profound effects.

Much has been said about our society’s ironic turn of events whereby poor people have a greater chance than others of being obese. It is one thing to press for improved physical access to healthier foods, but it is another to make them affordable. A true health care policy would transfer some of the gigantic agricultural subsides to healthy fruits and vegetables.

Of course, there is no shortage of debate as to what constitutes a healthy diet. Among other things, there are many authorities who question our obsession (via the Feds and most disease trade associations) with a low-fat/higher carbohydrate diet—especially since it certainly is not preventing obesity, and is surely not helpful for those with type 2 diabetes!

Besides big picture new directions in health care, individual people are pursuing new directions, as well. There are many physicians who are burned-out and disappointed with our current system. One primary care doctor told me of his frustration in practicing what he called “Whac-A-Mole medicine,” wondering how many people he was really helping. In the current environment, some docs have left the field altogether, but others have made the switch to preventive medicine, and tell me they feel re-energized.

I spoke recently with Kacy Andrews, CEO of the International Academy of Film and Television. Founded in 2004, with its first facility in the Philippines, IAFT now also has campuses in Los Angeles, Miami, and Hong Kong. Notably, in August, 2010, when The Hollywood Reporter looked at international film schools, IAFT was named one of the best.

Kacy mentioned individuals with day jobs in health care, who came to IAFT to improve their communications skills, and possibly to pursue their own dreams in film and television. “If you’ve taken one of our courses, you should be able to put together a great presentation on behalf of your institution. Or, if you do choose to outsource the production, you will be in a much better position to manage the project.”

Kacy referred me to Irena Byriel, one of IAFT’s current students, and a former allied health professional with a passion for communications…

I am now Student Representative at IAFT and am in my last term. I can honestly say that it has been a life-changing experience. It is here that I get to explore communication in all of its elements. Rubbing shoulders with other students from different ethnicities and backgrounds makes things more interesting and has really broadened my outlook on life. Aside from school I now produce, write, and host my own television show with a local network, which I absolutely love and will continue after I graduate.

Irena also related an excellent piece of advice she received some years ago : May you be driven by your passions and not by your fears. Well said. A little more passion and less fear on the part of health care practitioners would be most welcome.