Obamacare: What Happens Once Everyone Is Insured? 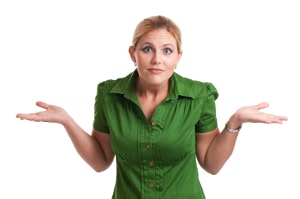 Obamacare: What Happens Once Everyone Is Insured?

Lest we forget, the only cohort which ever had a rooting interest in the ACA were those who were uninsured prior to the passing of the law. Most estimates put that number at around 30 million (although some are as high as 48 million), and it includes people who did not want insurance. Had the Obama brain trust been blessed with a level of talent approximating its arrogance, it would have realized that concentrating on enrolling the uninsured—including those denied by a pre-existing condition—was a far more achievable goal. Indeed, it would have generated wide popular support.

However, consumed with pride and gifted with unlimited money, the brain trust has instead given us an ever-expanding travesty, replete with gigantic security holes, and—of all things—lack of a functional payment back end. Notwithstanding, let us journey to that future time when everyone is finally insured. Now what?

To be a true believer in Obamacare, one must accept the absurd premise that the most urgent and important issue in health care is to get everyone insured. With this a reality in our future fantasy, all is well, right? Wrong. There is far more at play here. Consider but two of the myriad problems yet unsolved.

Despite tens of billions of dollars being spent on implementing electronic health records (EHR), almost nothing has been done to improve their quality. Hundreds of articles have appeared detailing the sometimes deadly flaws in all available EHR systems. Hold onto your hats for this latest wrinkle, courtesy of physician bloggers Michael Chen and Scot Silverstein:

I recently treated a patient that reportedly has asthma. I happened to look at a previous note and find out that the patient was denied a refill request for Albuterol, a bronchodialator that is meant to be taken as needed. She ended up in a life threatening asthma flare up and needed emergent care. After going through two different windows and unclicking a check box, I was able to identify that the patient did in fact have an active prescription for Albuterol, but the EHR made it disappear. She has used it infrequently, probably because her asthma was well controlled. Unfortunately, she ended up in worse shape when she needed the medication the most.

Despite the best intentions of the EHR, the patient did survive.

Then, there’s the continuing saga of Big Pharma transgressions. Heck, a separate piece could be devoted to Johnson & Johnson alone. In recent months, the health care titan…

1.     Agreed to a settlement that could cost it upwards of $4 billion, resolving thousands of lawsuits involving its Articular Surface Replacement device for hip replacement. Internal corporate documents revealed that the company was long aware of the possibility of early failure of the devices.

2.     Agreed to resolve criminal and civil probes into the marketing of Risperdal, an antipsychotic drug, and other medicines by paying more than $2.2 billion. Among other things, the drug was improperly marketed to the geriatric market, as well as to adolescent boys. Kickbacks were paid to individual physicians and specialty pharmacies dedicated to nursing homes.

And these are only the two biggest J&J cases. There are numerous other infractions, all of which put patients in danger. At least J&J maintains a good sense of humor, as represented by the company’s general counsel Michael Ullmann, in the wake of the Risperdal settlement:

Today we reached closure on complex legal matters spanning almost a decade. This resolution allows us to move forward and continue to focus on delivering innovative solutions that improve and enhance the health and well-being of patients around the world.

Right. And, it should be noted that none of these catastrophes affected the golden parachute of J&J’s outgoing CEO, who, after all, did reliably “make the numbers,” even if his company had to give much of it back.

But why worry? You can be assured that virtually all of the misdeeds perpetrated by J&J were covered by health insurance.