Obamacare And The Supremes

Obamacare And The Supremes 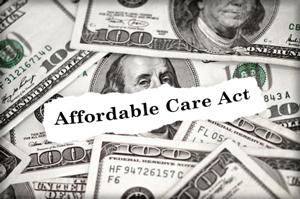 The heralded Supreme Court decision, in which a supposedly conservative chief justice would tie himself in legal knots to affirm the constitutionality of the biggest tax increase in US history, has already been over-analyzed. For those in favor of the Patient Protection and Affordable Care Act (PPACA)—as it is formally known—our president and his policy wonks have fixed health care in the United States.

This view is based largely on the quite foolish notion that making insurance more available, albeit not necessarily more affordable, was somehow the biggest problem facing our failing health care system. Let’s try an analogy: Imagine for a moment that there were a horrendous crisis involving house fires. Destruction and injury were rampant. The root causes were manifold, and many people were dying.

Imagine further that the brilliant political solution to this problem did not involve hiring more firefighters, nor even any efforts toward fire prevention. Rather, the Government decided that more fire insurance was the answer. To spread the burden, even if you did not own a house, you still had to obtain insurance or face a penalty (sorry, a tax). What if you really bought into this idea and decided to get a so-called “Cadillac” insurance plan? Well, then you would pay a penalty for that, as well. A massive bureaucracy would be put in place to ensure that any work done to fix your home had to be performed in accordance with certain guidelines and for a certain price. Don’t try asking for anything off the page.

Meanwhile, houses would continue to burn, people would continue to die, and the underlying situation would not be improved in any measurable way. Some home rebuilding “providers” would find ways to game the system, so the bureaucracy would have to expand to monitor the fraud, while making it even more difficult to get your home rebuilt, at an ever-increasing cost. Likewise, honest providers would simply gear their projects toward those home-rebuilding “procedures” which were more remunerative, rather than what might be best for the homeowner.

The only possible result of this madness is ever-increasing costs for ever-worsening outcomes.

Now, imagine you’re not imagining. Except that instead of a house fire crisis, we have ourselves a legitimate health care crisis, that is being addressed in this same manner.

As I have noted before, there is simply not enough money in the world—under any conceivable scheme—to support the prevailing disease care model (as used here and everywhere else) of health care. This model exists only because under the current rubrics, there is far more revenue in treating acute disease than there is in health maintenance and disease prevention. As such, elaborate chicanery and pettifoggery has to be put in place to at least give the illusion that a disease care model is sustainable. Thus…the huge tax increase—finally called what it is—that is the PPACA.

After all, the last time the Supreme Court overturned a major federal power grab was way back in 1935, with the case A.L.A. Schechter Poultry Corp. v. United States. With that case, FDR’s National Industrial Recovery Act was rendered unconstitutional. At issue were the separation of powers, and the draconian use of the Commerce Clause.

Ironically, in the current case, Chief Justice Roberts reasoned that the Commerce Clause would not apply, but the taxing power of Congress would. Thus, the Individual Mandate provision of PPACA—disapproved of by at least 70% of the public—would stand as a tax. 262 years after “No taxation without representation” was first uttered on these shores, is the new rallying cry “No stealth taxation with representation”?

Roberts implies that the remedy to an unpopular law is to vote the rascals out, but this is disingenuous in the extreme. If a tax increase can be labeled so after the fact, and the Congress has apparently unlimited powers to levy taxes, how is putting in a new bunch of scoundrels any remedy at all?

Here are a few choice remarks from the dissent written by Scalia, Kennedy, Thomas, and Alito…

[T]o say that the Individual Mandate merely imposes a tax is not to interpret the statute but to rewrite it. Judicial tax-writing is particularly troubling. Taxes have never been popular, see, e.g., Stamp Act of 1765, and in part for that reason, the Constitution requires tax increases to originate in the House of Representatives. That is to say, they must originate in the legislative body most accountable to the people, where legislators must weigh the need for the tax against the terrible price they might pay at their next election, which is never more than two years off.

We have no doubt that Congress knew precisely what it was doing when it rejected an earlier version of this legislation that imposed a tax instead of a requirement-with-penalty. Imposing a tax through judicial legislation inverts the constitutional scheme, and places the power to tax in the branch of government least accountable to the citizenry.

Misguided conservatives and would-be health care experts alike are trying to paint this disaster as a positive development. But, it most surely is not, and more’s the pity that the Government had every opportunity to fix health care, yet only made it worse.