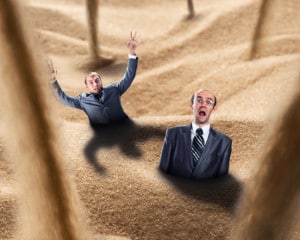 No, it’s not that millions will lose their insurance. No, it’s not that your doctor or hospital won’t be on your new plan. It’s not even that this multi-billion dollar fiasco does nothing to increase the number of residency programs or provide for a single additional doctor or nurse. Rather, it’s the consequences—both intended and unintended—of the breathtakingly stupid forced rush to electronic health records (EHRs), an integral part of the Affordable Care Act.

EHRs have long been touted as some sort of magic bullet that, all by themselves, would revolutionize health care. Imagine! You can replace those outmoded paper records with modern digital ones. Records would be available instantly, and could be shared as needed. Since doctors hate charting, the automated features built into EHR systems would streamline that miserable process, making it more reliable.

Backup systems would assure that records could not be lost or misplaced, and for so many more reasons…patient care would be drastically improved! In fact, one of the principal findings behind Obama’s promise that the average American’s health insurance bill would drop by $2500 per year was that merely by having EHRs in place, there would be a savings to the health care industry of $81–$162 billion or more annually while greatly reducing morbidity and mortality.

No, I did not make that up. Of course, the study “proving” that contention was financed by Cerner Corporation, General Electric, Hewlett-Packard, Johnson & Johnson, and Xerox—all major suppliers of EHRs.

Still, why complain? The Feds established a slush fund of more than $20 billion in incentives to those health care providers who could demonstrate so-called “meaningful use” of EHRs. And since virtually all providers are under the gun financially, there was no shortage of eager candidates for the cash awards.

There were voices mocking the proposed savings, not the least of which referenced the expensive unmitigated failure when such a large rollout was tried in the UK with its National Health Service. And, please remember that the NHS has been, well, nationalized for decades, and should have been a textbook environment for a perfect rollout.

Meanwhile, in our own country, there are more EHR horror stories than can either be adequately followed, or even suppressed. Cost overruns, such as the University of Arizona’s well-publicized spending of more than $100 million on a still very troubled system, abound. In some cases, EHR failings are brought to the attention of hospital administrators, and are not only ignored, but whistle-blowing staff are being threatened.

More serious is that scores of deaths have occurred, based on EHR failings. You can read more about infant deaths and concerns expressed in an internal FDA memo.

EHR and health informatics guru Scot Silverstein MD commented on a study run last year by ECRI Institute on health IT “events.” ECRI is an independent, nonprofit organization that researches the best approaches to improving the safety, quality, and cost-effectiveness of patient care.

“Participating facilities submitted health IT related events during the nine-week period starting April 16, 2012, and ending June 19, 2012. The analysis consisted of 171 health IT-related events submitted by 36 health care facilities, primarily hospitals. The results were pretty sobering: 36 hospitals/9 weeks/171 IT events/8 injuries/3 possible deaths. Note that this was a voluntary study; that usually reveals a small fraction of actual numbers. A cause for concern? Of course not…if you believe in unicorns and the tooth fairy.”

Not surprisingly, EHR cheerleaders—and there are many—dismiss such findings as “anecdotal.” Sadly, this is the same tired refrain used any time findings go contrary to the revealed wisdom of the elite. Inevitably, these “elite” are on a lucrative gravy train. You know about statins, and EHRs are not far behind.

To pointy-headed administrators and policy wonks, one of the primary “advantages” of EHRs is that they take decision making out of the hands of the physician. Charted treatment modalities are limited to what’s on the pull-down menu, and I have little doubt that many of the deaths in ECRI’s study resulted from the inflexibility of the system, not allowing human override.

Just think. Your health care is now in the hands of soulless bureaucrats, computer geeks with no life experience, and rapacious third party payers. What could possibly go wrong?