What Should We Do About The Obesity Epidemic?

What Should We Do About The Obesity Epidemic? 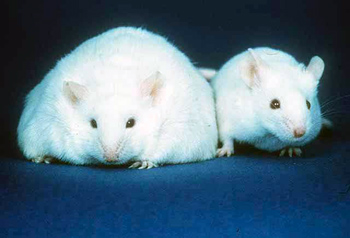 Yes, this is a big deal. We start off with just a few bullet points from the Campaign to End Obesity.

Not surprisingly, there is plenty of research going on to help understand this deadly trend, but last week, a health care provider friend related a disturbing incident. He has been active for years on the prevention and wellness side of things, and was interested in pursuing a PhD focusing on methods to reverse obesity in children, with innovative diet and exercise approaches. He felt that his clinical setting would be an ideal laboratory, and the methods—if borne out over the time of his study—would be valuable to the medical community.

However, his thesis project was rejected, since “There are already plenty of studies of childhood obesity.” His protests that his project was looking at TREATING the condition, rather than just studying it, fell on deaf ears. While paralysis by analysis is nothing new in academic science, one hopes that his experience is not typical.

Many health organizations believe that the best thing that could be done about the obesity epidemic would be for obesity to be classified as a disease. Traditionally, insurance providers look to Medicare as a guide to structuring benefits. In October, 2004, Pub. 100-03 (Medicare National Coverage Determinations Manual) removed the language “obesity itself cannot be considered an illness.”

The Centers for Medicare & Medicaid Services (CMS) went on to explain that:

Treatments for obesity alone remain noncovered, and treatments of diseases resulting in or exacerbated by obesity remain unchanged. However, removal of the language permits interested parties to submit national coverage determination requests for anti-obesity interventions to CMS to determine if scientific and medical evidence demonstrate their effectiveness in improving Medicare beneficiaries’ health outcomes.

As a result, in many—but not all—cases, gastric bypass surgery is being covered by health insurance plans. Less drastic therapies are open to question, as are strictly obesity-indicated drugs.

Given the magnitude of the obesity problem, CMS’ decision was prudent, even if it is frustrating for affected individuals who can ill afford paying for treatment on their own. Indeed, a disproportionate number of the obese come from lower economic circumstances. And even though food comprises a smaller portion of the family budget than it may have a generation ago, as Jessica Donze Black, executive director of the Campaign to End Obesity puts it, “Calories are cheap, but not nutrition.”

One objection to a blanket classification of obesity as a disease is the fear that only conventional allopathic medical treatment would be compensated. Related to this is the concern that with the floodgates open, so to speak, there will be plenty of therapy, with little to show for it. The analogy is made to the autism epidemic, that has spawned a cottage industry of health care providers of all sorts enriching themselves while almost no kids are cured, or even improve very much.

I asked Ms. Black to name the one thing that she would most like to see accomplished in her Campaign. She answered without hesitation, “A coordinated national action plan.” In fact, in May, 2008, the Campaign to End Obesity released a comprehensive report entitled “A Call to Action: What Congress can do to address the obesity epidemic in 2008 and beyond.”

Chock full of specifics, the report focuses on the spectrum of policies that impact obesity, and covers education, health care, finances, worksites, and communities. Current legislation addressing key issues is discussed in the appendix.

In terms at least of what the Feds should do about the obesity epidemic, this report is spot on, and is highly recommended. As the report’s introduction concludes…

Now is the time for Congress to make a substantial commitment to reversing the obesity epidemic. Combating this epidemic will require a significant investment, but the cost of action pales in comparison to the cost of inaction.